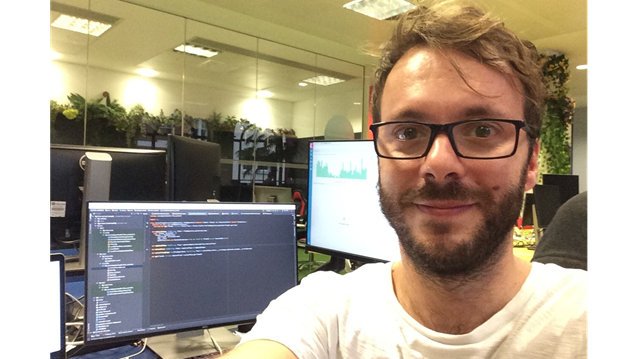 Currently I work for Babylon Health, in London, as a technical lead in a backend development team. (see more)

Born and raised in Coimbra, I took the Computer Science and Software Engineering 5 year pre-bologna degree there. As I finalised the degree in the summer of 2006 I joined IT as a researcher where I worked on European Projects C-Mobile and C-Cast. In those projects I had the pleasure to work in close collaboration with Professors Rui Aguiar and Diogo Gomes, designing and implementing proof-of-concept architectures for context information management. In the tackled scenarios context information (e.g. location, proximity, activity, ...) was gathered and used by an application or service for adaptation, in order to improve the user experience. In 2008 I was hired by Portugal Telecom Inovação (now Altice Labs) and simultaneously enrolled in the MAP-i Doctoral Programme. After a curricular year I had to submit a thesis proposal and I asked Professors Rui Aguiar and Diogo Gomes if they would be my supervisors for a thesis targeting the privacy of context information - something familiar to us from our European projects work but that hadn't been specially focused at the time. They kindly agreed to collaborate once again. Back in 2009 privacy wasn't a hot topic, but that changed dramatically in the following of years, especially after the Snowden case in 2013. Throughout this period I often worked in the IT Aveiro premises and collaborating with the ATNoG research group there, where I got support setting up infrastructure for my experiments and taking my first steps in machine learning, as it became a need for my thesis. I defended my PhD in 2015, at a time when I had already left Portugal Telecom Inovação and moved to Belgium. This was the last professional collaboration to this date with IT, as since then I have been focusing mostly in industry software development positions, but I've kept informal contact with my supervisors. Currently I work for Babylon Health, in London, as a technical lead in a backend development team. We use Scala (programming language), semantic web technologies and machine learning to build services that support a medical chatbot. 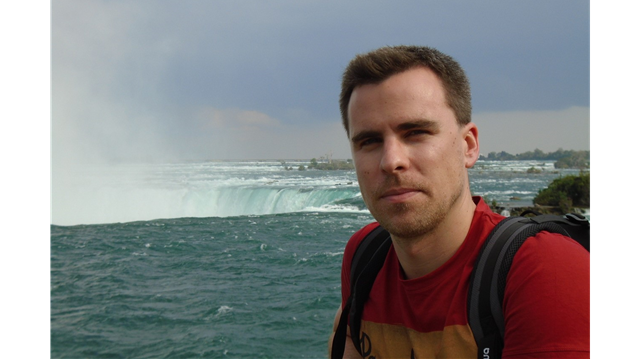 I have been awarded my first national funding project, which will investigate the performance of information centric network architectures over mobile IoT networks. (see more)

My collaboration with IT started in 2010, in Lisbon. Rolling back one year, after finishing my M.Sc. thesis on routing strategies for vehicular networks, under the supervision of Professor Rodolfo Oliveira (FCT-UNL) and co-supervision of Professor Luis Bernardo (FCT-UNL), I had the opportunity to join the “U-BOAT” project and research on medium access control schemes for wireless ad-hoc networks. After one year of project participation I have decided to pursue a doctorate degree and make my way in a new-found research topic: cognitive radio networks. Over the following 4 years, supervised by Professor Rodolfo Oliveira and co-supervised by Professor Rui Dinis (FCT-UNL), I have investigated new cross-layer PHY-MAC strategies for single and multi-channel decentralized cognitive radio networks. At the same time I was collaborating in several research projects, among them the “Opportunistic-CR” intended to study the impact on public policies of having opportunistic aggregation of spectrum and cognitive radios. After finishing my Ph.D., later in 2015, I joined the “VELOCE-MTC” project researching on the characterization of RF-spectrum opportunities for cognitive radios operating over GSM channels. However, in the beginning of 2017 a new research opportunity emerged: to become an assistant researcher in the project “MobiWise”, hosted by IT-Aveiro, and coordinated by Professor Susana Sargento. Thus, I moved to Aveiro and joined the Network Architectures and Protocol (NAP) research group. Since then I have been investigating new solutions for mobile networks in multi-technology environments, vehicle-to-vehicle communication, context-aware networks and novel addressing paradigms for the Internet. Recently I have been awarded with my first national funding project, the “InfoCent-IoT” which will investigate, through real testbeds, the performance of information centric network architectures over mobile IoT networks. Over the last 8 years, IT as a scientific institution, has proved to be an important piece on my research path, and for that I am thankful. However, and because IT is the reflection of its researchers, I would like to thank all the IT researchers that somehow contributed, and are still contributing, to my scientific and academic progress.