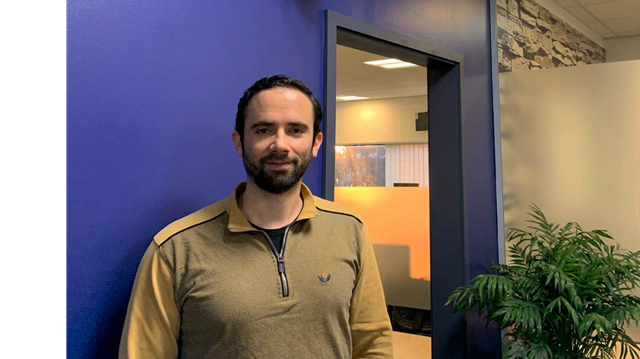 Nearing the completion of my PhD, I decided to move to Bristol, in England, where I joined an SME company called Blu Wireless Technology, as a Radio Frequency Engineer. (see more)

My association with IT, in particular through its branch in the city of Leiria, started around 2009 as a research grant holder during my second year of the Masters’ degree at IPLeiria. This relationship continued through the following years, in part thanks to the great collaborative environment at that branch, but also because I wanted to pursue a PhD in association with this research institution. To this extent, IT started sponsoring my PhD in 2013 in partnership with the University of Vigo, in Spain, which would later grant me that degree in 2017. Nearing the completion of my PhD, and with a mind-set on moving to the high-tech industry, I decided to move to Bristol, in England, where I joined an SME company called Blu Wireless Technology, as a Radio Frequency Engineer. My role at BWT, under the Modem team, initially focused on measurement and analysis of the baseband and RF PHY-level performance metrics of the 60 GHz FWA systems that were under development. My tasks also extended to the improvement of the system’s performance where possible, both in the digital and analogue domains. Later on, my tasks expanded towards assisting in the integration of new RF front-ends from third-party partners, from an analogue domain perspective, but also on the control interface mechanisms and associated protocols. Good interpersonal skills have helped me progress in my role, as in numerous occasions, I have had to approach people from different teams within BWT, but also from our RF partners, in order to expand my understanding of several core elements that encompass our commercial solution. Currently, as Principal RF Engineer in the Systems team, my role expands on that described above by providing lead technical expertise in the mentioned areas, as well as on some of the most recent projects – be it either in early assessment or in final type-approval stages. One example of the latter is our solution for the Transport Rail sector, whereby we are enabling the deployment of an infrastructure capable of delivering multi-Gigabit internet connectivity to trains, aiming towards improving the overall WiFi experience of passengers along their journeys.