Concurrent Enhancement of Conductivity and Stability in Water of Poly(3,4‐Ethylenedioxythiophene):Poly(Styrenesulfonate) Films Using an Oxetane Additive 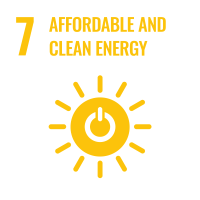 Abstract
Poly(3,4-ethylenedioxythiophene):poly(styrenesulfonate) (PEDOT:PSS) is the most used conducting polymer in organic electronics and bioelectronics owing to its high conductivity combined with high optical transparency and availability as a stable colloidal aqueous dispersion, that can be processed as a conducting ink to produce thin and flexible films and electrodes. In this work, water resistant films of PEDOT:PSS showing enhanced conductivity were prepared by solely adding one reagent, 3-methyl-3-oxetanemethanol, to PEDOT:PSS aqueous dispersions. The stability of the resultant thin films in water is attributed to the covalent cross-linking of benzene rings anchored in PSS chains to polyether chains originated from the polymerization of oxetane groups, as indicated by NMR studies. A phase-segregation within the PEDOT:cross-linked PSS film is suggested to facilitate charge transport within the PEDOT network and to be at the origin of the improved conductivity. When immersed in water, the films exhibit increased water-resistance towards resuspension and delamination and exhibit an increase of conductivity, two to three orders of magnitude, depending on the used raw PEDOT:PSS formulation. The method described in this work is advantageous in originating water stable and highly conducting thin films of PEDOT:PSS as it does not involve high temperatures nor strong acids.
© 2022, IT - Instituto de Telecomunicações | All Rights Reserved