IT researcher awarded in the 2009 IBM Prize Scientific Contest 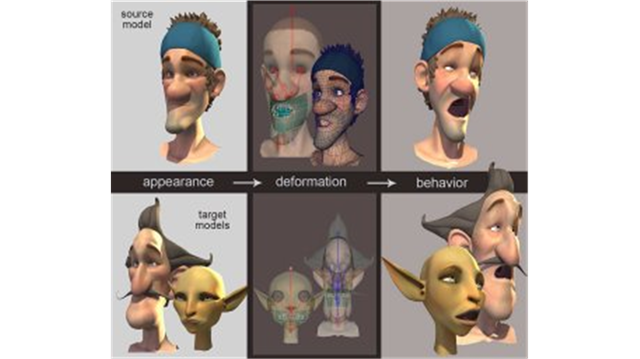 IT researcher Verónica Orvalho received an Honorable Mention with her work on ''Reusable Facial Rigging and Animation: Create Once, Use Many'' presented for the The 2009 IBM Scientifc Prize Contest.

This research presents a portable character rigging system that integrates into current animation production pipelines. It automatically transfers the facial rig and animations created for one character to different characters, independent of their shape and appearance. It enables artists to create more lifelike facial models in less time; about 90-99 percent faster than traditional manual rigging.

The awards cerimony for the 2009 edition was held at Instituto Superior Técnico on July 19th, 2010.

Two researchers from Instituto de Telecomunicações ranked for the 2010 edition of the UTL/CGD Young Researcher Award. Daniel da Silva Graça, from Basic Sciences and Enabling Technologies Scientific Area (SQIG group) was one of the prize recepients, and Carla dos Reis Medeiros, from Wireless Communications Scientifica Area (RMOM group) was one of the Honorable Mention recepients.

The UTL/CGD prize distinguishes annually four researchers under 35, that have authored scientific publictions referenced in the ISI Web of Science in the previous three years.