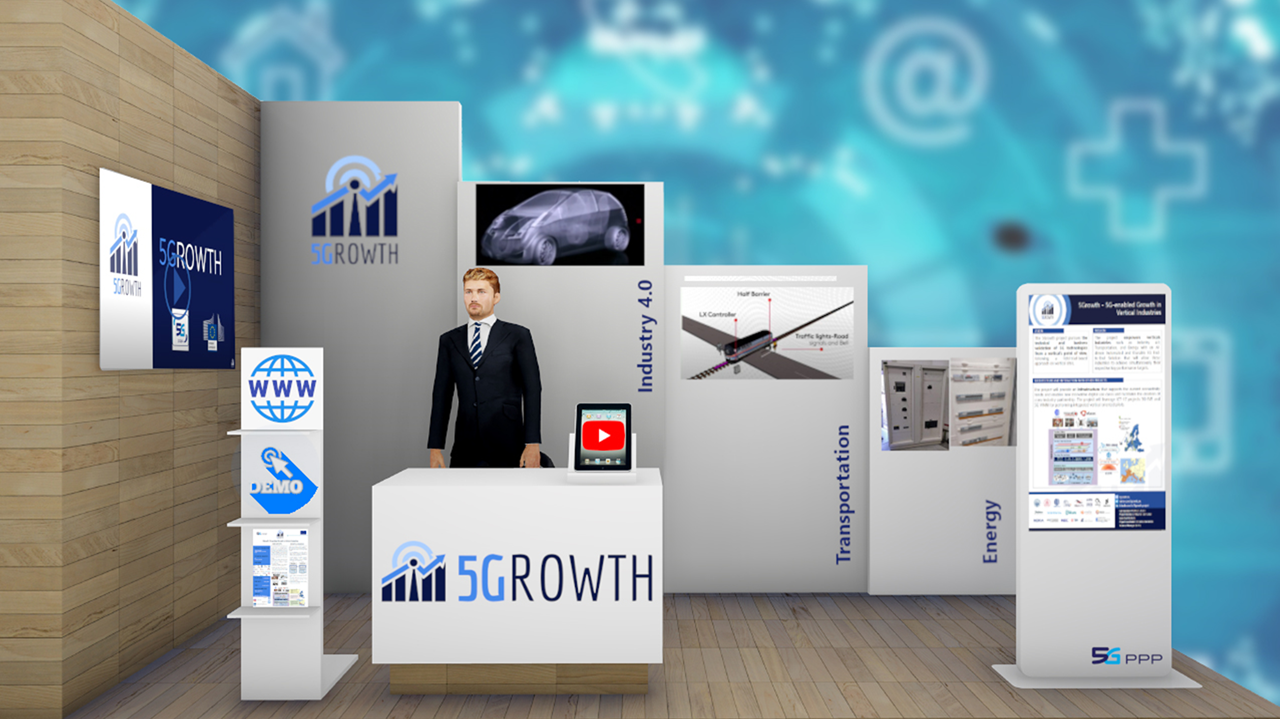 The H2020 5Growth project (5G-enabled Growth in Vertical Industries) has received the “Best Booth Award” at this year’s EuCNC virtual conference, for its booth elaborated under the theme “Demonstrating 5G in vertical industries from 5Growth”. This award, sponsored by Huawei, has been voted by the attendees of the conference. The EuCNC (European Conference on Networks and Communications) had its 30th edition held between the 8th and 11th of June, virtually enacted in the city of Porto, in Portugal. EuCNC is the flagship conference supported by the European Commission and showcases results from the top European Research Projects ().

The “Telecommunications and Networking – Av” (TN-AV) group represents Instituto de Telecomunicações, Pólo de Aveiro, in this project. Besides researching state-of-the art innovations in the area of network slicing inter-domain orchestration and security, IT Aveiro participates in the enabling and deployment of 5G-enabled trials belonging to the Transportation and Energy sectors, in a joint effort with EFACEC Engenharia, Efacec Energia and Altice Labs. IT Aveiro’s main role, besides supporting the integration of verticals’ services into the operator’s networking ecosystem, also provides cloud-based communication services and is a key enabler in their deployment in realistic environments associated with the campus of the Universidade de Aveiro, and the Porto de Aveiro areas.

This is one of the many initiatives that TN-AV carries to bridge the gap between different stakeholders (e.g., verticals and other Industry 4.0 pursuers, along with network service providers, manufacturers and operators), with other examples being the 5GAIner laboratory in the premises of IT Aveiro.

The 5Growth project started in June 2018 and will finish in February 2022.