Space Surveillance and Tracking: how IT is minimizing the threat of space debris

by IT on 01-03-2021
National Council for Science, Technology and Innovation Veniam Spin-offs 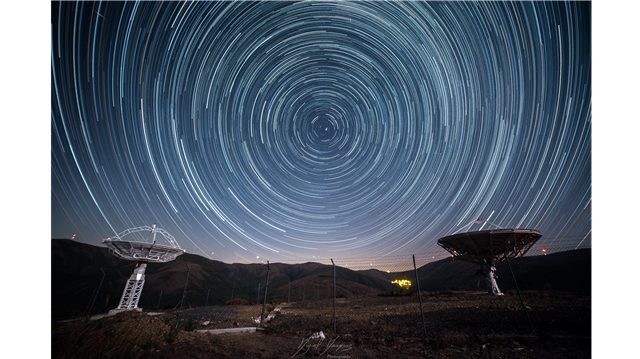 Space debris has increased exponentially in recent decades with the progress of many countries’ space sectors and rise in satellite launches. This rising population of ‘space junk’ — including broken pieces of artificial satellites and wreckage from rockets — poses new challenges and a real danger to citizens and space infrastructure.

As of January 2021, more than 28,000 debris objects are known to exist, and the combined mass of all materials orbiting the Earth is estimated to exceed 9,200 metric tons, according to the European Space Agency (ESA).

The importance of tracking these items has come to the fore in the last two decades, with several national and international initiatives aiming to tackle this issue by promoting prevention, achieving a better understanding of the situation, and pursuing active collision-avoidance operations as well as active debris removal.

Within these efforts, IT has partnered with the Portuguese Ministry of Defence (MoD), as well as the Regional Governments of the Azores and Madeira, to design and test new space tracking sensors (which include telescopes, lasers and radars) — an initiative framed within the European Space Surveillance and Tracking Consortium - SST.

To this end, IT initiated in 2019 a major upgrade of its Cassegrain Antenna, located in Pampilhosa da Serra, and developed a complete ground-based radar system — named ATLAS — which uses a highly modular architecture and fully digital signal processing. This type of radar can detect Earth orbiting debris down to a few square centimeters and therefore constitute a major building block of a space debris monitoring system.

“The main challenge here is to create the first prototype of a space surveillance and tracking station in Portugal”, explains Domingos Barbosa, lead researcher at IT in Aveiro and coordinator of the ENGAGE SKA initiative. “The pilot radar will establish the requirements, guidelines and an I&D path for deployment of space radars and echo receptors at Azores and other locations, to be operated by the space industry in a future network led by the MoD”.

Alongside ATLAS, IT has provided key insight to the Government on optical sensors and survey telescopes for medium earth orbits (MEO) and geostationary orbits (GEO), which can prove valuable assets in the Portuguese mainland and complement the current deployments in the Azores and Madeira.

“The MoD has now agreed with DEIMOS Engenharia to deploy a portable survey telescope by our premises at Pampilhosa da Serra, which will be a key development of the Portuguese Optical SST network”, reveals Domingos Barbosa.

“A third optical sensor — a binocular telescope with a wide field-of-view — is also being procured with the MoD and the University of Coimbra, to be installed in Pampilhosa da Serra and operated by IT for the MoD. This will give IT and Portugal new survey capabilities of European class and will enable the development of innovative applications of machine learning and artificial intelligence algorithms, for object detection in the very large images produced by this telescope”.


The SST Support Framework was established by the EU in 2014 to provide European space actors with awareness of the space environment and with alerts on collisions, fragmentations and uncontrolled reentries in the atmosphere. This led to the creation of an SST Consortium, which today includes eight Member States — France, Germany, Italy, Poland, Portugal, Romania, Spain and the United Kingdom.