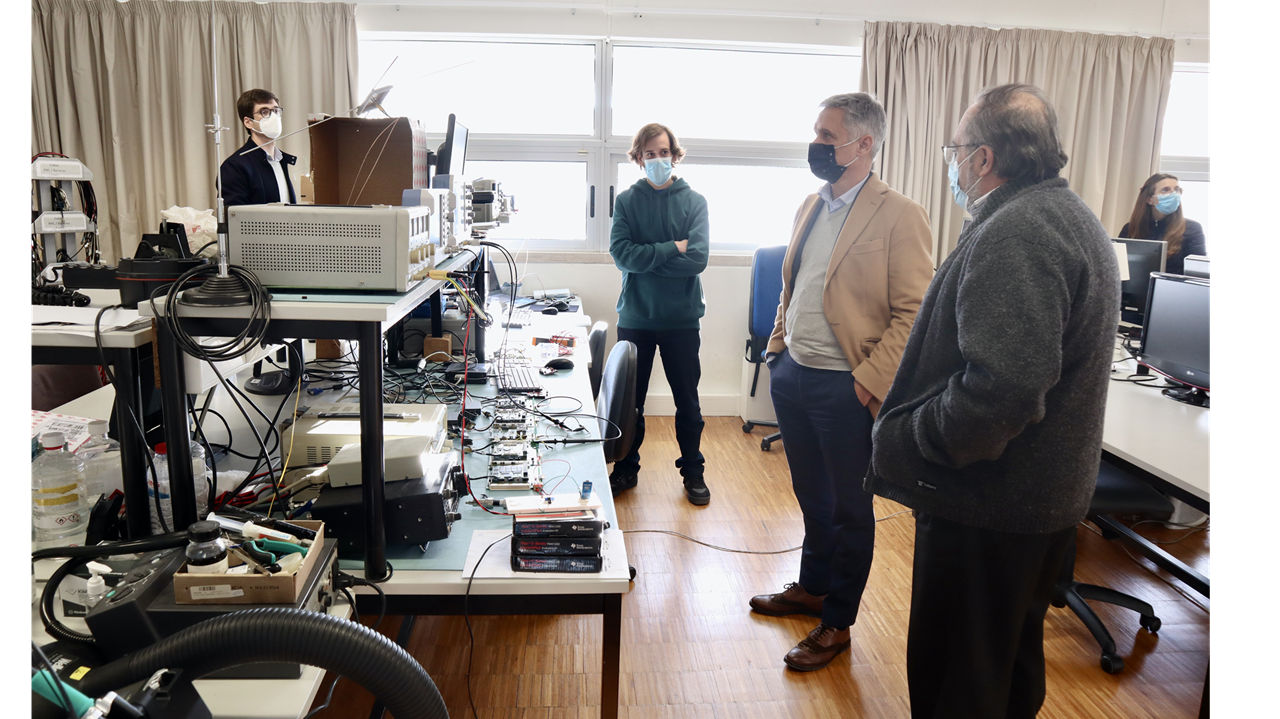 The president of the national space agency met with IT researcher Rui Rocha, coordinator of the ISTsat-1 project, as well as university students who are working towards the launch of the satellite, expected to take place this summer.

“I am here to see if this project can be part of the programs and initiatives we have at a national level, and particularly in our upcoming challenge which is a satellite constellation for the Atlantic”, said Ricardo Conde.

“Universities and research institutions should be part of something bigger than themselves, they should be part of programs together with industry. In that sense, it’s quite important to understand the national capabilities that we can use, to leverage our industrial sector and, particularly, the agenda we want to build in the upcoming years”, he added.

ISTsat-1 is the first-ever satellite built by a university student team in Portugal. Students from IST designed, built, and tested their own structure, onboard computer, electrical power system (including the battery pack), communications subsystem and the ADS-B antenna and receiver.

The satellite’s mission is to carry out a feasibility study of the use of nanosatellites to track and characterize aircraft’s transponder signals (ADS-B) over the globe’s more remote areas. This is especially relevant when we look at air disasters, like the mysterious disappearance of Malaysia Airlines and AirFrance flights.

PT Space’s visit comes as Rui Rocha prepares to announce the launch of a new laboratory in IST, which gathers space expertise from IT, INESC, ISR and IDMEC.

“This is going to be a consortium of the major four research institutes, so we are seeking ways of cooperating with PT Space and with the projects that are created and motivated by PT Space”, Rui Rocha explained.

Portugal Space is a private, non-profit organization, created by the Portuguese government in March 2019, with the collaboration of the Regional Government of Azores. It assumed the role formerly held by the Foundation for Science and Technology (FCT) in the representation of Portugal in the European Space Agency (ESA), Europe South Observatory (ESO) and in all space-related programs of the EU.

The agency acts as a business and development unit for universities, research entities and companies, as stated in the Portugal Space 2030 Strategy.