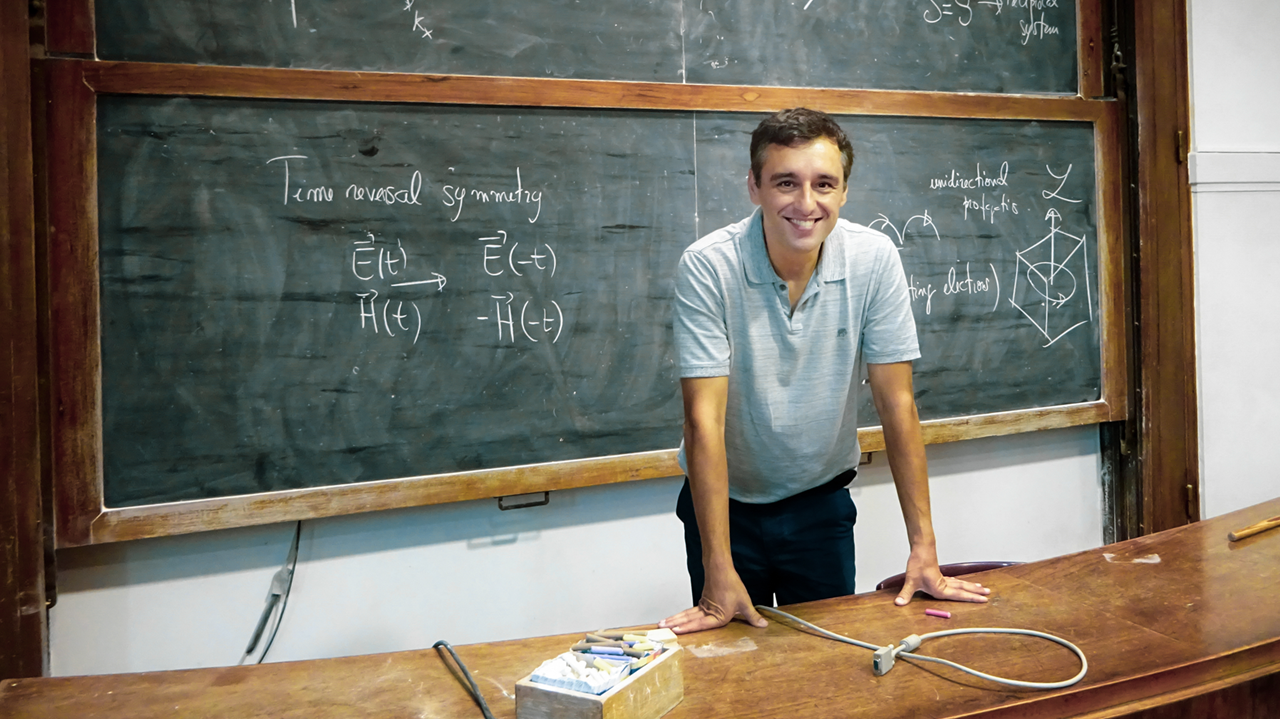 Mário Silveirinha was named Fellow of the APS and the OSA, becoming one of the most distinguished researchers at IT. (see more)


Mário Silveirinha joined the ranks of Fellow in two American societies — the American Physical Society (APS) and the Optical Society (OSA) — for his pioneering contributions to the theory of physics, metamaterials and plasmonics.

These fellowships honour years of cutting-edge research in nanophotonics, a branch of optics which seeks to control light and light-matter interactions at the sub-wavelengths scale.

Metamaterials are artificial materials engineered to have properties that may not be found in nature.

“They are nanostructured materials, designed so that when they propagate they have unusual properties, different from usual materials. That was perhaps my biggest contribution to this field, and that which was recognized by the two societies”, he added.

Each year, both the OSA and the APS elect no more than 0.5% of total members for their Fellowship programs.

The APS represents 54,000 members, including physicists in academia, national laboratories and industry in the United States and throughout the world.

It created its fellowship program to recognize those who made advances in physics through original research and publication, or innovative contributions in the application of physics to science and technology.

For the OSA, this recognition follows a highly competitive election process, acknowledging candidates “for serving with distinction in the advancement of optics and photonics and making distinguished contributions to education, research, engineering, business and society”.

Since its founding in 1916, the OSA has been the world’s leading champion for optics and photonics. The organisation currently services 395,000 customers and 23,000 members from more than 100 countries.

In addition to these achievements, Mário Silveirinha is also Fellow of the Institute of Electrical and Electronic Engineers (IEEE) since 2015.