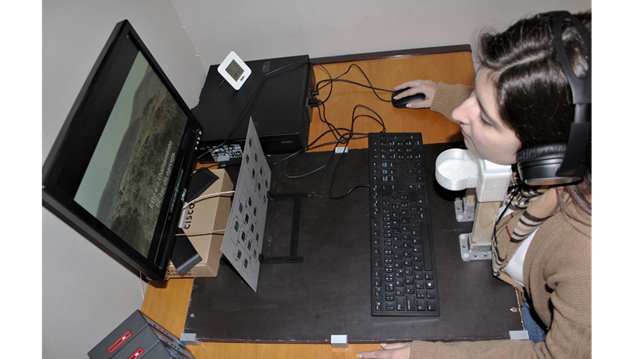 The first version of the Bio-Radar was developed in 2017 by researchers from IT in Aveiro and the Instituto de Engenharia Electrónica e Telemática from the University of Aveiro (IEETA-UA). With this prototype version it was possible to register the human respiratory rate remotely, without requiring the usage of any contact sensors or wires. The prototype could operate in real-time, by displaying the acquired respiratory waveforms and computing the breathing rate. The system is composed by a continuous wave radar, operating at 5.8 GHz, which transmits a sinusoidal wave towards the chest-wall of the subject and its reflection is received by the RF front-end. The received signal is a phase-modulated version of the transmitted one, caused by the chest-wall motion due to the cardiopulmonary function.

The most recent developments of the Bio-Radar prototype were focused on the prototype improvement having in mind some possible applications, more specifically in the psychophysiological area. In this scope, a validation was performed by using the vital signs acquired with the bio-radar system, to identify three emotions: fear, happiness and neutral state, where there is no particular emotion. These emotions were induced through video clips visualization. Emotion identification was possible to perform by analyzing patterns of physiological activation, that are present either in respiratory signal, and also in other body motions inherent to each emotion.

Classification algorithms were implemented in respiratory signals from 9 subjects, and the accuracy rate was evaluated in 60% to 70%. These results led to a publication in Biomedical Signal Processing and Control from Elsevier (https://www.sciencedirect.com/science/article/pii/S1746809419304161).

Within the many possible applications of this system, it is possible to highlight the clinic context, where the Bio-Radar system can be a complementary method of evaluation, diagnostic and monitoring of some disorders associated to physiological changes. Since this is a wireless tool, it can be important for patients suffering from, Autism Spectrum Disorders, for instance, where the physiological change evaluation is hampered due to the often-reported touch hypersensitivity. In this way, our system allows the monitoring without direct contact with subjects, which eases the acquisition of objective measures.

As future work it is intended to detect also the cardiac signal, in order to obtain more information useful to identify other emotions, such as disgust or sadness.

Working on the new version of the Bio-Radar is a multidisciplinary team of researchers from IT in the UA (Ana Tomé, Carolina Gouveia, José Vieira and Pedro Pinho) and from the Department of Education and Psychology of UA (Filipa Barros and Sandra Soares).