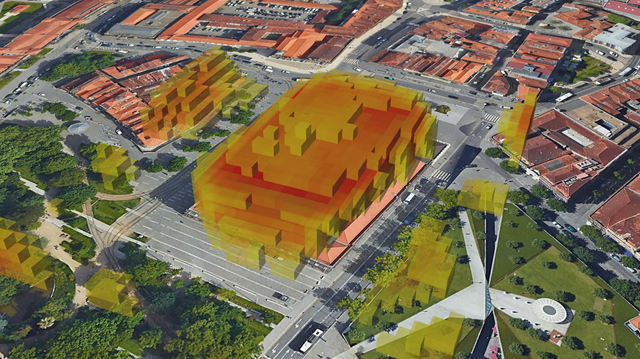 João Rodrigues presented his work, entitled “Extracting 3D Maps from Crowdsourced GNSS Skyview”, at the ACM MobiCom 2019 – The 25th Annual International Conference on Mobile Computing and Networking. Held in Los Cabos, Mexico, from October 21-25, this is one of the largest and most prestigious international conference on networks, systems, algorithms, and applications that support mobile computers and wireless networks.

3D maps of buildings and other urban environments are useful in various fields ranging from cellular network planning to urban planning and climatology. These models are typically constructed using expensive techniques such as manual annotation with 3D modeling tools, extrapolated from aerial photography, or from specialized hardware with depth sensing devices.

“In this work, we show that 3D maps can be extracted from standard GPS data, by analyzing the attenuations on the signals received from satellites, which are caused by buildings and other obstacles. Furthermore, we show that these models can be extracted from low-accuracy GPS data, collected automatically but anonymously from standard smartphones during their users’ uncontrolled daily trips. A supervised classification model is trained and evaluated on multiple urban scenarios using 25 Million data points crowdsourced from smartphones of over 900 users. Our model trained in a typical urban region can classify other environments with an accuracy between 79% and 91% with 4m resolution, demonstrating the potential of the proposed method for building 3D maps for wide urban areas”, explained João Rodrigues, who developed this work at IT, under the supervision of Ana Aguiar.


Photo: Generated model of the University of Porto Rectory and the surrounding area