Rui Aguiar reelected as Chairman of the NetWorld2020 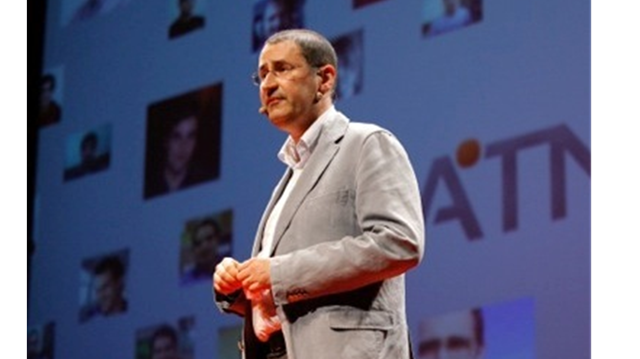 Rui Aguiar, from IT in Aveiro, was recently reelected for a second two-year term as the Chairman of the NetWorld2020 Steering Board. After his first election in 2016, Rui Aguiar will continue to steer the future of European communications networks from 2019 - 2021.

With more than 1000 organization members, bringing together industry leaders, SME´s and leading academic institutions, the NetWorld 2020 is the European Technology Platform for communications networks and services. The Networld2020 Steering Board is composed of about 30 members elected for two-year terms. The Steering Board then appoints a more executive group, with a Chair and three Vice Chairs. The appointment of the new Steering Board took place this last December during the NetWorld2020 General Meeting.

“This reelection was an acknowledgment of the work carried out during these two years in defense of European research, as evidenced by the fact that large companies did not even run for this position (Nokia, for instance, is one of the elected Vice-Chairs and did not run for Chair)”, says Rui Aguiar.

Taking stock of his first two years as the Chairman of the NetWorld2020, Rui Aguiar said that “During the first term we were fundamentally focused on issues associated with the launching of the next program framework. Particularly, in the first phase, we were engaged in the development of a Strategic Research and Innovation Agenda, identifying areas of relevant research for the next 5 to 10 years. In a second phase, our work was focused on defending the field of communications networks within the next program framework, where several meetings were held with members of the European Commission's Office, having achieved the recognition (explicit within the text of the program framework) of the need to fund the field of «smart networks»”. Finally, for this second term Rui Aguiar projects that “we will have to face the challenges of this next program framework, in the context of the widespread 5G networks and the associated societal changes”.