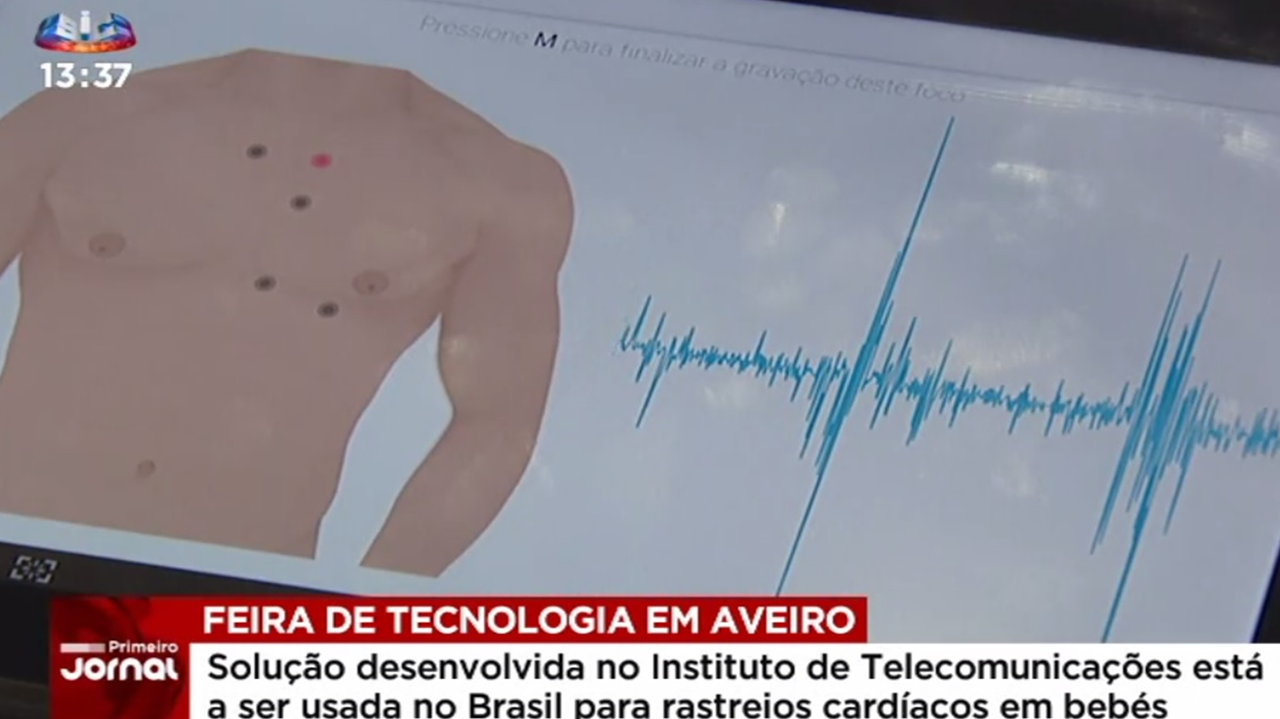 The Tv channel SIC, with nation-wide audience, did a news coverage of the Techdays Aveiro 2016 event, with a great focus on the work developed at IT. The news reportage highlighted the work on wireless power transmission, electronic cardiopulmonary auscultation for infants and technology developed for monitoring the wine process.

The concept of wireless power transmission allows providing energy without using batteries and cables. Nuno Borges de Carvalho, from IT in Aveiro, who has been working on this concept, revealed that a company wants to apply this concept on railways to provide wireless energy.

Miguel Coimbra, from IT in Porto, presented the Digiscope, an interactive auscultation screening tool that is already being used in one of the biggest hospitals in brasil. The Digiscope will be used to Screen the hearts of more than 40 thousand babies per year.

Winegrid, a new product developed by Watgrid, uses advanced fibre optic multiparameter sensors that are placed inside wine barrels. According to Rogério Nogueira, from IT in Aveiro and CEO of Watgrid, winegrid relays real-time information about several wine parameters directly to a tablet or smartphone.

As the IT researcher Nuno Borges de Carvalho highlighted, the role of institutes like IT, who work as “interface institutes”, is bringing together the academic and the business world, challenging scientists to think how they can turn concepts and ideas into a product with practical applications.

To watch the coverage of the work developed at IT, starting on the minute 00:55, please follow the link: