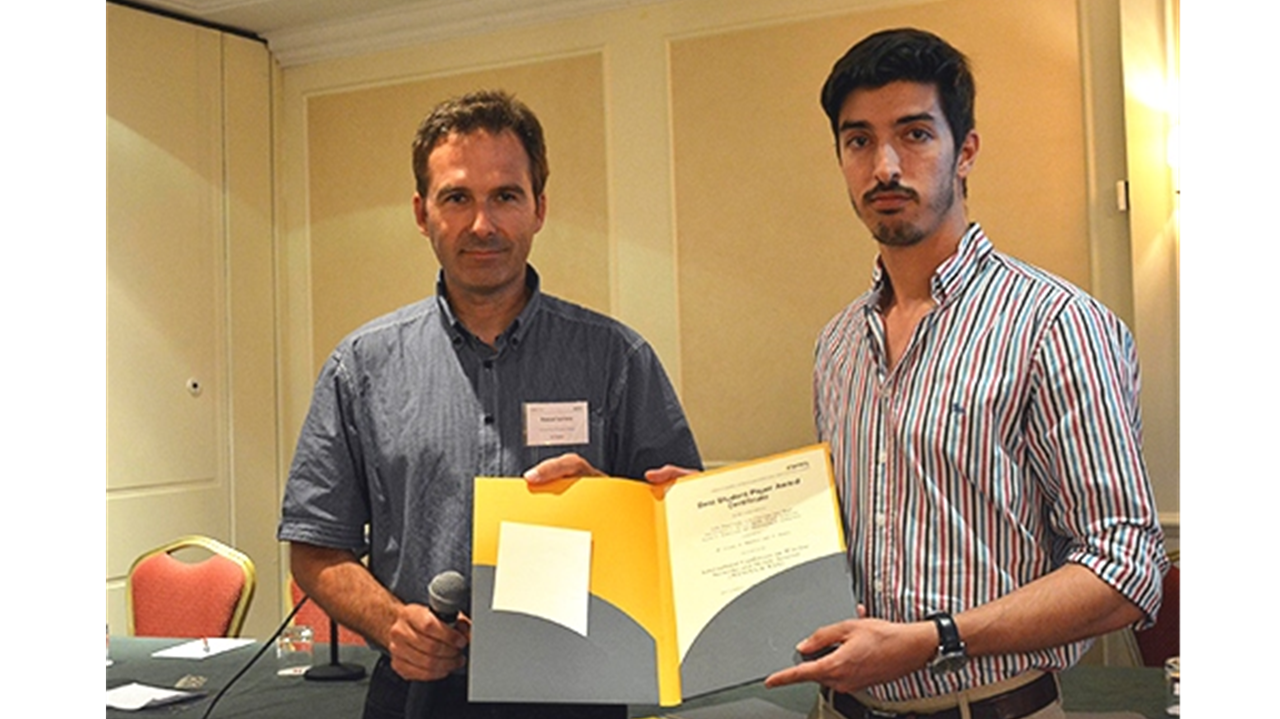 Marco Sousa (ISEL), André Martins (Celfinet) and Pedro Vieira (IT), were distinguished with the Best Student Paper Award for their work "Self-Diagnosing Low Coverage and High Interference in 3G/4G Radio Access Networks Based on Automatic RF Measurement Extraction”, in the 13th International Conference on Wireless Networks and Mobile Systems, held in Lisbon from 26-28 July.

This paper presents a new approach for automatic detection of situations of lack of coverage and excess interference (overshooting and pilot pollution) on 3G and 4G networks. According to Marco Sousa “The detection algorithms identify data clusters that show these problems. These algorithms were tested and validated in an urban setting, with actual data from a mobile operator, where the excess interference situation was clearly superior to the case of lack of coverage.” The author also told us this work should be part of a SON (Self - optimization) solution, since a module to optimize the physical characteristics of antennas (tilts, power) is under development.

Finally, Marco Sousa said was a very gratifying award “because it is a recognition of an entire research work developed over several months. This work resulted from a partnership between ISEL, IT and CELFINET. There were several people involved, from which I highlight the participation of André Martins and Pedro Vieira. But above all, this is an example that when the synergy between higher education, research institutes and companies is encouraged, you get good results, while contributing to the scientific and business development. Particularly when an investigation has practical application, as it was the case.”