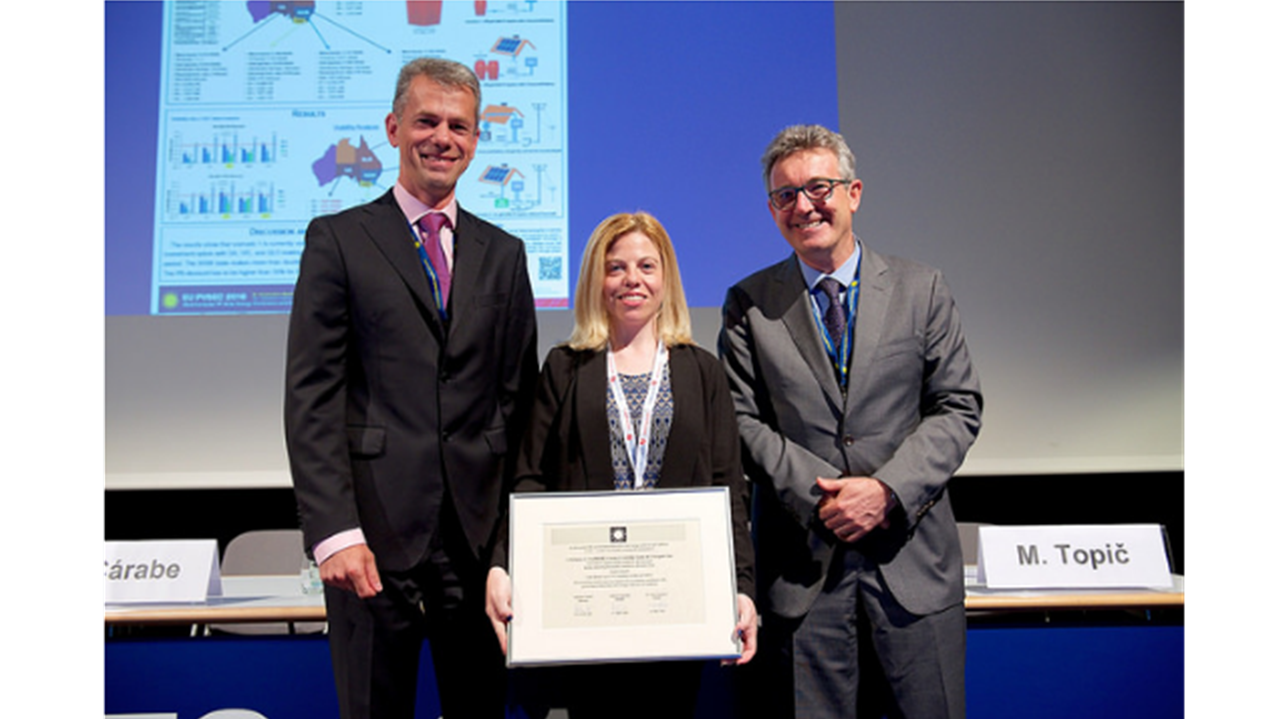 Sandy Rodrigues, a PhD student from IST, under the supervision of Fernando Morgado Dias (Madeira Interactive Technologies Institute/University of Madeira) and co-supervision of Helena Ramos (IT/IST) has won the Best Poster Award for the work "Australian PV System Market Analysis for the Powerwall”, in the 32nd European Photovoltaic Solar Energy Conference and Exhibition – EU PVSEC 2016. Held in Munich from 20-24 June, with 334 oral presentations and 719 posters, this is the largest international Convention for Photovoltaic research, technologies and applications.

The Tesla Powerwall Battery is a lithium solar battery and is advertised to be revolutionary mainly due to its dimensions, plug and play features, storage capacity, and low price. Australia was chosen to be one of the first Powerwall Battery delivery countries in the world, because of its tariff structure, high solar radiation values, and high electricity costs.

According to Sandy, “This work analyses four solar battery scenarios in five Australian states to determine which one offers the highest profit on the investment and where. The results show that the Tesla Powerwall solar battery is still too expensive to make a very attractive investment even though this battery is considered to be low cost. Nonetheless, it is possible to double the investment by the end of a 25-year period with a 12-year payback period in the state of Victoria using a 5 kW Photovoltaic system connected to a Powerwall Battery system”.