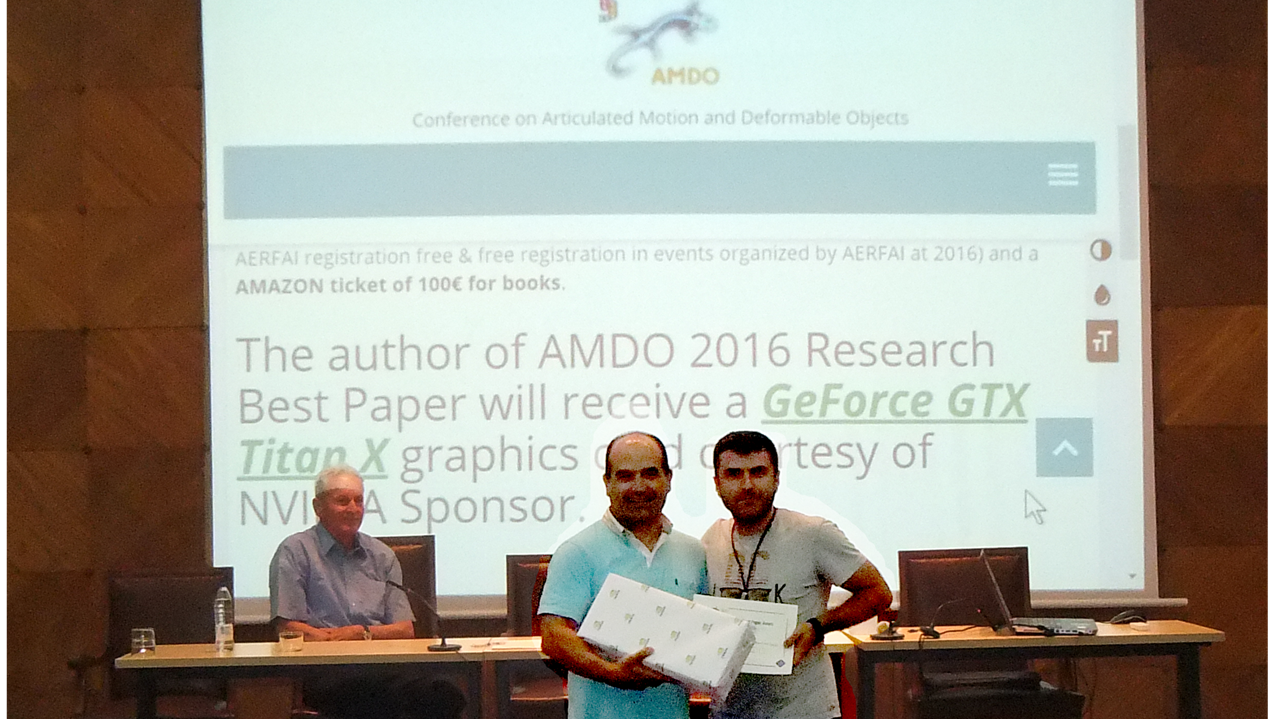 Ozan Cetinaslan and Veronica Orvalho, both from IT in Porto, have won the Best Paper Award for their work "Localized Verlet Integration Framework for Facial Models”, in the 9th Conference on Articulated Motion and Deformable Objects - AMDO2016, held in Palma, Mallorca, Spain between 13-15 July.

According to Ozan Cetinaslan “Traditional physics-based deformation frameworks have been successful with their robustness and efficiency to simulate deformable bodies ranging from simple cloth to geometrically complex solids. However, the existing frameworks deform the models as a whole. We developed a Verlet integration framework providing local surface deformation on the selected area of the mesh without giving any global deformation impact to the whole model. The framework allows an interactive selection of the deformation influence area over the model, which gives a notable benefit in terms of efficiency for the position manipulation during the simulation process.”

Modeling deformations allows studying variations of natural shapes so as to extract useful information from image or video. Deformation models are important for the accurate localization of complex structures in applications that range from facial feature detection to tracking of anatomical structures in medical images.

About the award, the IT researcher told us that “When we submitted the article to the conference, we did not expect anything. During the ceremony, when I heard my name, I was very surprised. This prize is the proof of hard work, dedication, and very long hours spent in the lab. Therefore, it is a meaningful motivation for us to improve our work for better results.