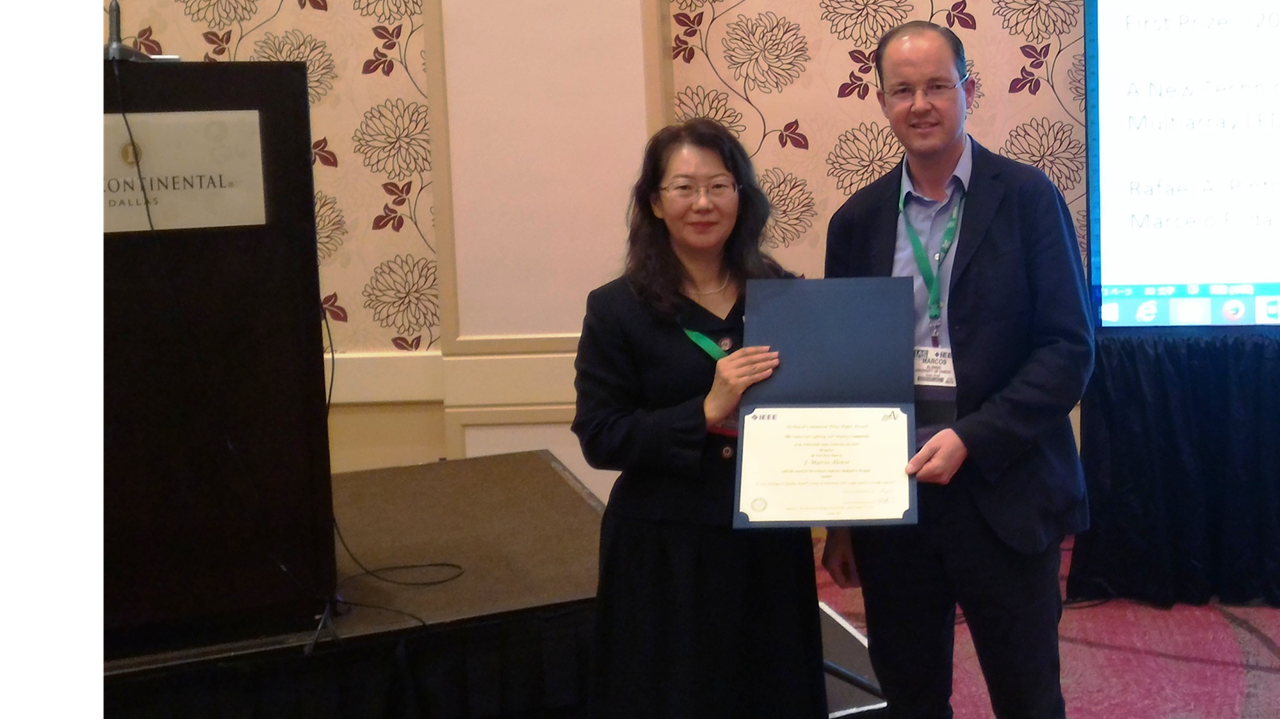 "A New Technique to Equalize Branch Currents in Multiarray LED Lamps Based on Variable Inductors”, a paper by Rafael Pinto; Marcos Alonso; Marina Perdigão; M. F. da Ailva; R. N. do Prado, was awarded the First Prize by the Industrial Lighting and Display Committee of the IEEE Industry Applications Society, at the IAS Annual Meeting 2015.

It presents a new technique to equalize LED currents in multi-array LED lamps. LEDs have small differences in their electrical characteristics, particularly in their forward voltage, which makes it considerably more difficult to maintain the same current level through all branches when connected in parallel. Different currents through each array generate a non-uniform brightness on the lamp surface, which creates an unpleasant effect that must be avoided in lighting.

Therefore, it results very important to search for current equalization solutions so that the lamp brightness can appear as uniform as possible. The proposed technique enables to independently control the current through each LED branch by changing the inductance of a variable inductor.