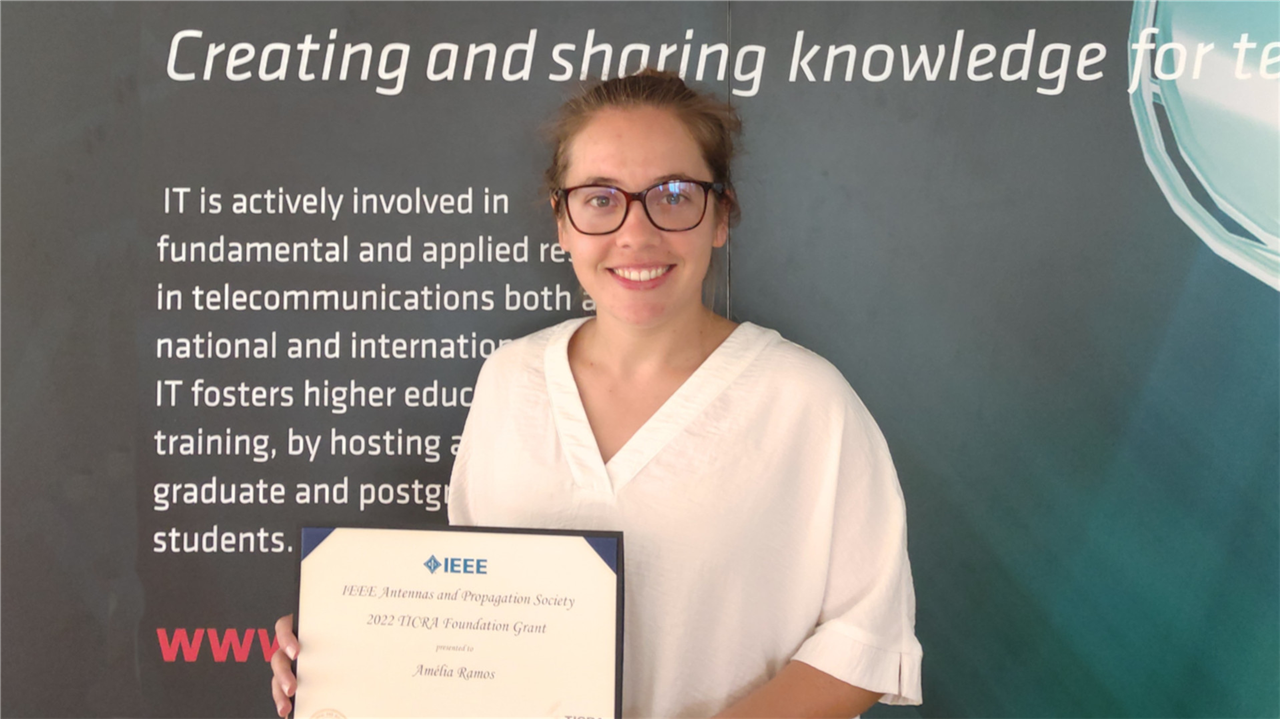 Amélia Ramos, a Ph.D. student from Instituto de Telecomunicações and University of Aveiro, was distinguished with one of the eight TICRA Foundation Grants at the 2022 IEEE International Symposium on Antennas & Propagation and USNC-URSI Radio Science Meeting, held in Denver, USA, between 10-15 July.

The work entitled “A Multilayer Circularly Polarized Ka-Band Phased Array Module using Sequential Rotation” consists of a 4x4 antenna array with beamforming capabilities, integrated into a multilayer PCB ready to combine with the remaining RF frontend in a vertical stacking and it can be scaled to fit applications such as new space satellite communications.

This contribution is integrated into the STRx Project (which is led by Sinuta S.A.) which proposes to investigate an electronically oriented signal transmission and reception system for operation with the generation of satellite constellations in non-stationary orbits.