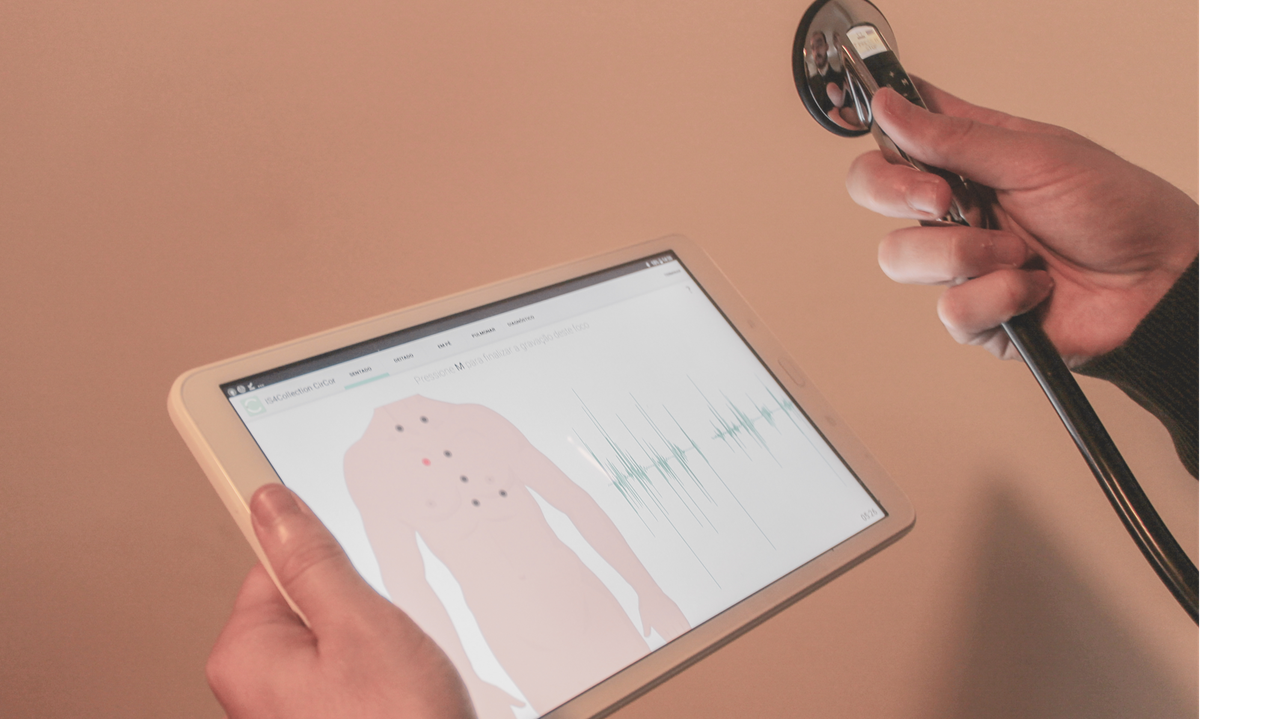 IT researchers are delving into AI and ‘deep learning’ techniques to extract useful diagnostic information from cardiac sounds.

The DigiScope2 team, led by IT researchers Miguel Coimbra and Francesco Renna, aims to create a field-ready prototype of a computer-assisted decision system for cardiac auscultation, by incoporating new artificial intelligence algorithms into a machine learning framework.

DigiScope2 is based on the success of past projects (DigiScope, FutureHealth, HeartSafe, SmartHeart, NanoSTIMA) which, during the last decade, have produced a vast database of cardiac sounds and associated clinical information, new knowledge on cardiac signal processing and solid technology for collecting auscultation signals.

This has laid the groundwork for the development of new algorithms, which are able to automatically recognize sounds from healthy patients and distinguish those who might need more in-depth examinations.

According to Francesco Renna: “The developed algorithms, which have been presented at international conferences and published in some of the best magazines in the field, use in particular new techniques of ‘deep learning’. These techniques have already proven to be the most effective in analyzing biomedical images and signals, reaching levels of accuracy even higher than those of human specialists.

“Our work focused on the design of specific methods in line with the characteristics of cardiac sound signals. These present a series of technical challenges that elicit the use of the most advanced AI technologies, given the strong presence of noise in auscultations performed in clinical environments, and given the wide range of variables in sounds collected from patients of different ages, physical shapes, etc.”, he added.

Nearly a decade ago, the first DigiScope project resulted in a software architecture, compatible with digital stethoscopes already available on the market, which allowed doctors to collect cardiac sounds quickly and intuitively, without hindering the clinical practice.

Now the team is relying on AI to take future cardiac pathology screening tools to a new level, making them more accurate and reliable, which ultimately avoids patients having to go through useless, more complicated tests.

“At the moment, the team is focused on the integration phase, so we’re using our software architecture to program the newly designed algorithms, which were developed and tested in large databases throughout the project”, the researcher concluded.

The DigiScope2 project is co-funded by COMPETE 2020 within the scope of SAICT — Sistema de Apoio à Investigação Científica e Tecnológica — involving an investment of 239 thousand euros, which resulted in an ERDF incentive of 200 thousand euros.