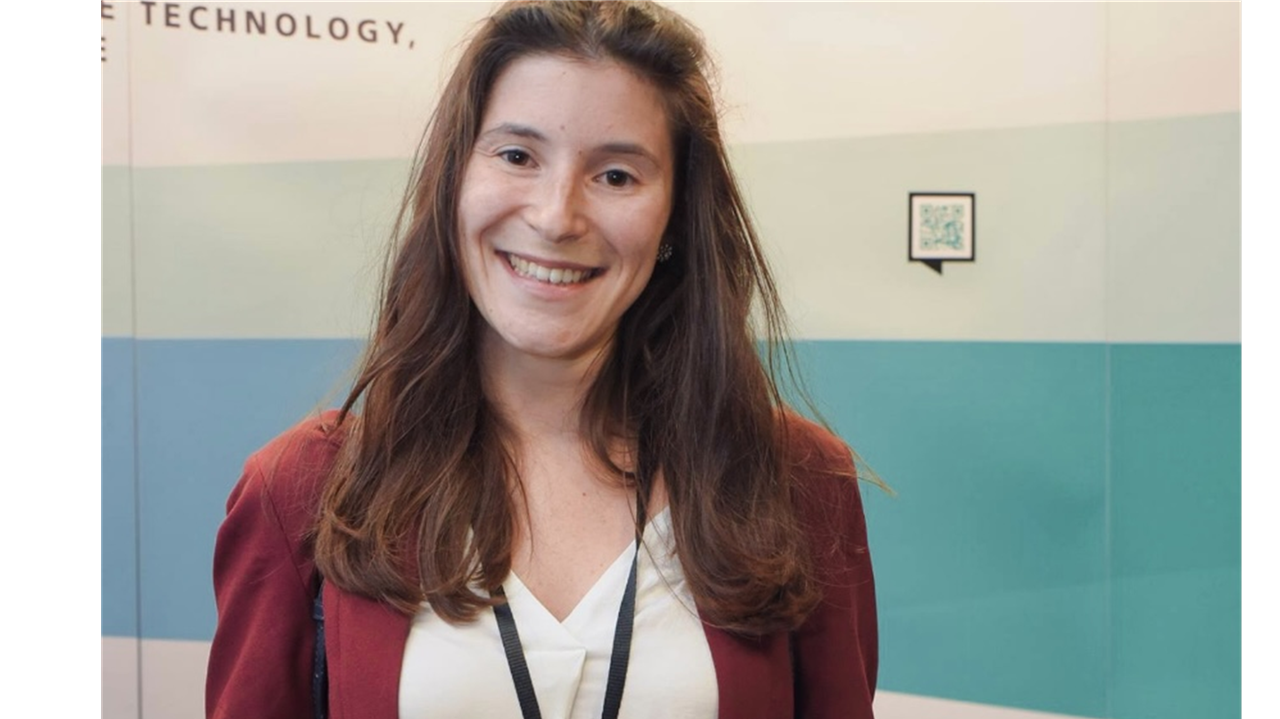 Carolina Gouveia, a PhD student from IT and the University of Aveiro, won the Young Scientists Contest, awarded by the European Microwave Association (EuMA). (see more) The distinguished work, supervised by José Vieira (UA/IT), Pedro Pinho (ISEL/IT) and Daniel Albuquerque (IPV/IEETA), was presented at the MIKON 2020 Conference in Warsaw, which took place from October 5-7. The paper, titled “Textile antenna array for bio-radar applications” proposes an antenna array manufactured using textile materials. “This antenna is going to be used in the bio-radar system, which is the core of my PhD work. With this system, it’s possible to monitor vital signs (such as breathing and the heartbeat signal) remotely, thus avoiding direct contact with the subject”, Carolina Gouveia said. “Using non-conventional materials for the antenna fabrication, and simultaneously guaranteeing their performance, allows a wide range of applications. In this case, the antennas were made using upholstery textile materials, in order to integrate the system into a car seat cover, thus monitoring the vital signs of a vehicle driver. “This was an important step in the bio-radar system research and this prize came to highlight my team's work, which is always an honor”, the student added. Her supervisor José Vieira said: "Carolina Gouveia is a very dedicated student. She has been working on BioRadar applications since her master's degree and won several prizes due to her findings. "Her research work has been focused on modelling the BioRadar channel and solving the problems that a continuous wave radar faces in such a situation. She also has very interesting work on the design of tissue antennas for automotive applications". MIKON is a traditional conference of the Polish microwave community organized since 1969, having turned into an important biannual international event in 1989. Sponsored by the Polish Academy of Sciences and the Institute of Electrical and Electronics Engineers (IEEE), the conference is the central event of the Microwave and Radar Week (MRW).