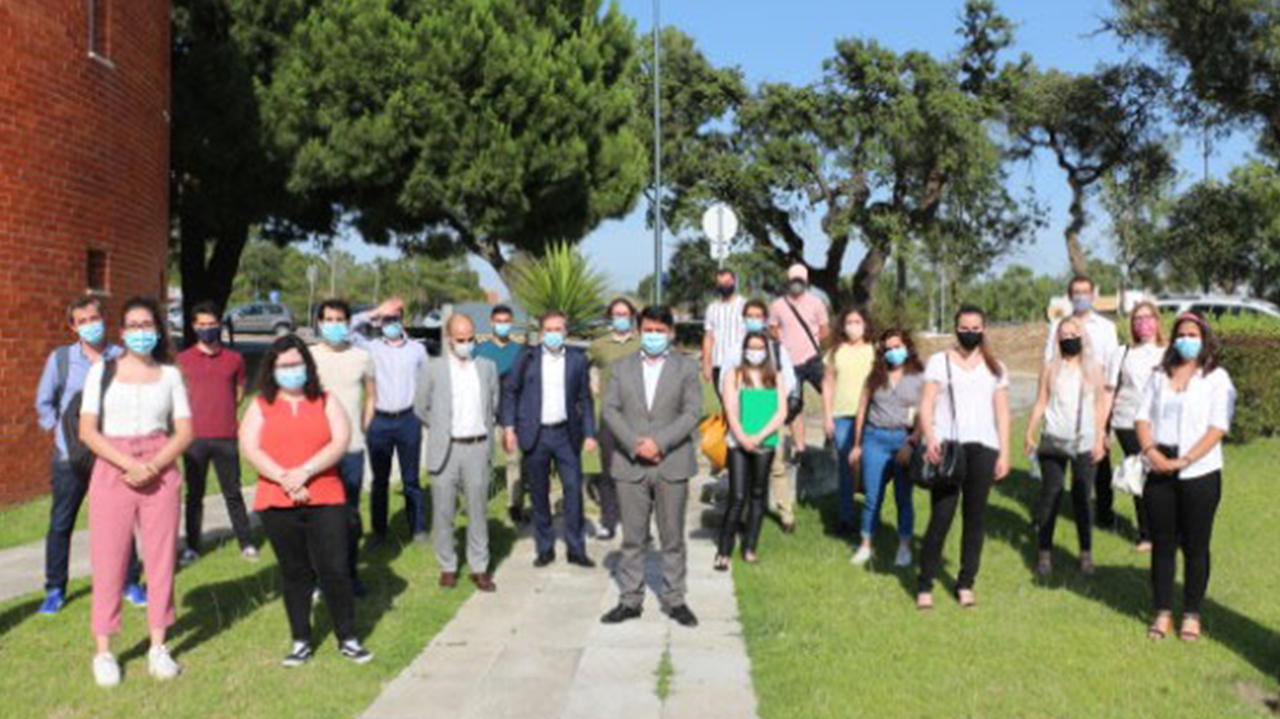 In addition to the first place, the winning team was awarded, by Gastão Cunha Ferreira, with the patent registration prize. (see more)


The project “Biomedical Sensors for Occupational Health and Safety” was the winner of the 17th Edition of Poliempreende, organized by the Instituto Politécnico de Setúbal (IPS), on June 23, 2020. The winning team was “IncreaS”, composed of Diogo Alves, João Monteiro and Micael Alves, who are finalists in the degree in Biomedical Technology at the Escola Superior de Tecnologia of Setúbal (ESTSetúbal/IPS). Their work was co-oriented by Ricardo Batista (ESTSetúbal/IPS) and Hugo Silva (IT/IST).

The winning project contemplates the development of biosensors, which coupled to a surface, allow to assimilate and treat varied data from posture to stress and presented through a platform under development.

Poliempreende is based on the largest national network for the promotion of entrepreneurship in higher education, consisting of 21 national polytechnic institutions and reveals the potential that the knowledge generated in polytechnic higher education has for regional socioeconomic development.

The contest has two phases: the first regional, promoted individually by each of the partners and the second national. Due to the pandemic crisis, the national final was postponed to 2021, in Madeira, where all the winners of the regional contest will compete.


Photo: A group photo of the seven teams that participated in the competition