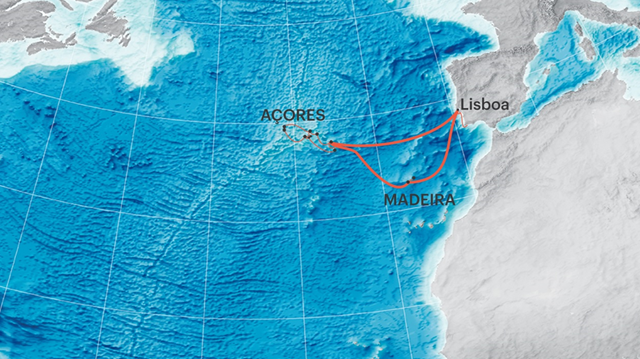 After more than 500 years since the Age of Discoveries, Portugal is yet again on the verge of assuming a “pioneer and leading role in the Atlantic”, says Yasser Omar, Professor at IST and a researcher from IT. Within a project called “Listening to the Earth under the Atlantic” a group of researchers from IT, the Instituto Português do Mar e da Atmosfera (IPMA) and the Intituto Dom Luiz (IDL) have been working on the launching of new submarine communications cables between Portugal´s mainland, Azores and Madeira.

The novelty is that, beyond telecommunications, the structure that should be operating around 2024 will be used in science research (e.g. climate change, oceanography, geophysics and sysmology) and also to monitor and forecast the risk of earthquakes and tsunamis. “These are ideas that can be very revolutionary from a scientific point of view, but also with great technological and societal implications", explains Yasser Omar.

In 1893, a submarine telegraph cable was created between the mainland and Azores. In the following century, there were coaxial submarine cables (allowing for several telephone circuits) and, in 1988, appeared the first intercontinental fiber optic submarine cable connecting Europe to the United States (a system that, four years later, arrived in Portugal).

The new CAM (Continent-Azores-Madeira) ring, that will replace the current structure (it will become obsolete untill 2025) represents a next step. These new submarine fiber optic cables will allow collecting information from the seabed, detecting seismic vibrations and, with the installation of pressure sensors, to descriminate between normal waves and tsunamis. As for telecommunications, besides greatly improving the internet traffic in Azores and Madeira, this system will also allow promoting our international connectivity, giving Portugal “more independence and choice, with better quality and at better prices”, in terms of communications, said José Barros in na interview to Público.

Although there are already submarine cables with sensors capable of detecting seismic activity, these are reserved for this exclusive use. Thus, the new CAM ring will have the first hybrid-use cables in the world.

For Yasser Omar, there is no doubt: “It is the opportunity for Portugal to be a pioneer in the world in launching a telecommunications infrastructure that also has this scientific, technological and a civil protection application componente, setting an example to the world.”