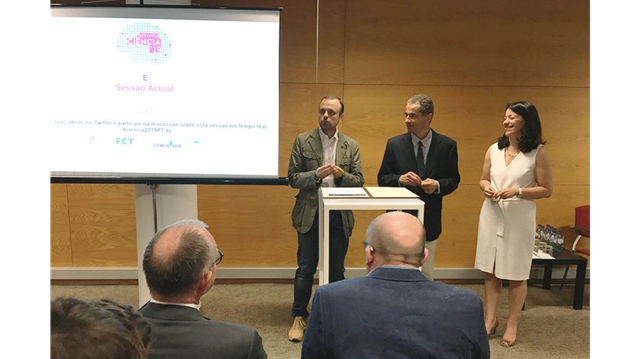 Portugal signed a declaration to join eight other countries (Belgium, Germany, Italy, Luxembourg, Malta, Netherlands and Hungary), that will collaborate with the European Commission on an action plan to explore the benefits and feasibility of building a quantum communication infrastructure (QCI) available across the EU within the next ten years. Yasser Omar, Professor of IST and a researcher at the Physics of Information and Quantum Technologies group of IT, was appointed by Manuel Heitor, Portuguese Minister of Science, Technology and Higher Education, to lead the Portuguese initiative.

The QCI declaration was launched at the Digital Assembly, held in Bucharest in June 2019. According to the European Commission, “The QCI would link sensitive communication assets all over the EU, using quantum technologies to ensure the secure transmission and storage of important information (…) The first service to make use of it would be Quantum Key Distribution, an extremely secure form of encryption with the potential to keep confidential data, power grids, government communications and digital transactions safe”. Preliminary works should be completed by the end of 2020.


Photo: Yasser Omar, together with the Minister Manuel Heitor, presented the Portuguese initiative during the Encontro Ciência 2019, on July 10.