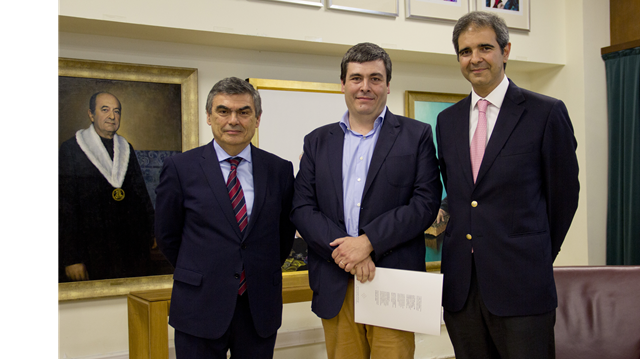 Paulo André, researcher from the Optical Networking group of IT in Lisbon, was distinguished with an honourable mention in the category Electrical Engineering and Aerospace Engineering (Avionics) of the Scientific Awards Universidade de Lisboa/Santander Universidades 2018.

“The distinction embodied in me is, in fact, attributed to everyone I have collaborated scientifically with in recent years, especially in the field of photonics”, said Paulo André.

The Scientific Awards Universidade de Lisboa/Santander Universidades aim to reward scientific research and encourage its dissemination through publishing articles and essays in international journals of recognized quality. The work published by each of the candidates over the last five years is one of the evaluation criteria considered for the attribution of these awards.

The awards ceremony was held in the Sala dos Reitores of the University of Lisbon, May 7, where, between awards and honourable mentions, a total of 16 researchers from six different scientific areas were distinguished.


On the photo (from left to right): António da Cruz Serra (Dean of University of Lisbon), Paulo André and Marcos Soares Ribeiro (Director-Coordinator of Santander Universidades)