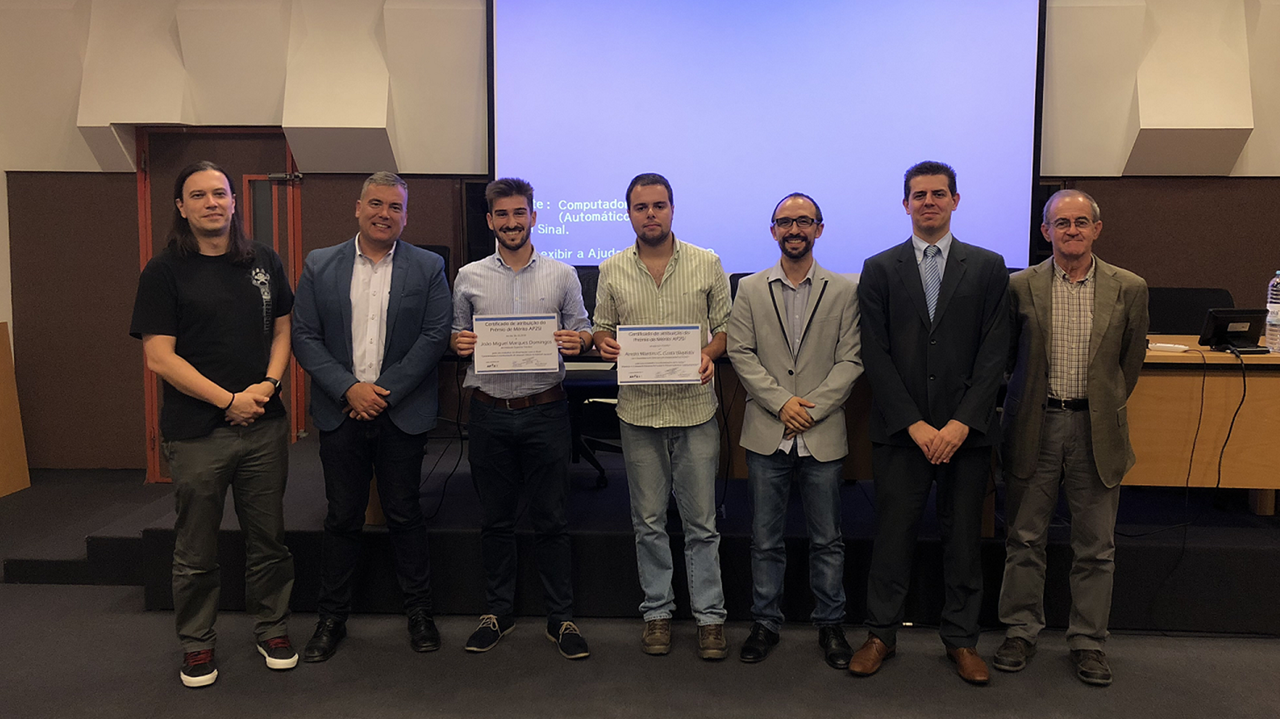 In its second edition, the Prémio de Mérito AP2SI was awarded ex aequo to João Domingos (IST) and André Baptista (Faculty of Sciences from the University of Porto). The Prémio de Mérito AP2SI is attributed by the Associação Portuguesa para a Promoção da Segurança da Informação to reward MsC thesis that address the theme of Informatic Security and that stand out for their academic quality, practical applicability, originality and pertinence of the theme and dissertation work.

João Domingos, who finished his MsC in Informatics and Telecommunications Engineering was distinguished for his thesis “Characterization and monitoring of critical systems in the national Internet”, which he developed at IT in Lisbon, under the supervison of Rui Valadas (IT) and co-supervision of José Brázio (IT) and Paulo Pereira (ICP-ANACOM). The thesis consisted in developing the capacity for evaluating and monitoring the resilience of sites that support critical public services used by Portuguese citizens, based on available public information. To do so, the following questions were addressed: (i) Identifying the most important sites and algorithms; (ii) Characterization of the IP resources associated to each one of these sites; (iii) Interconnection system that supports the connections between those sites and the internet, namely the characterization of ASes that support their connectivity. The techniques and algorithms described above were integrated in the developed monitoring system - Crisys, which allows obtaining information and resilience indicators of the considered systems in a dynamic way.


Photo: The award that amounted to 1000€ was split between the two winners, João Domingos (the third from the left) and André Baptista, here both holding their winning certificates while surrounded by the panel of judges.