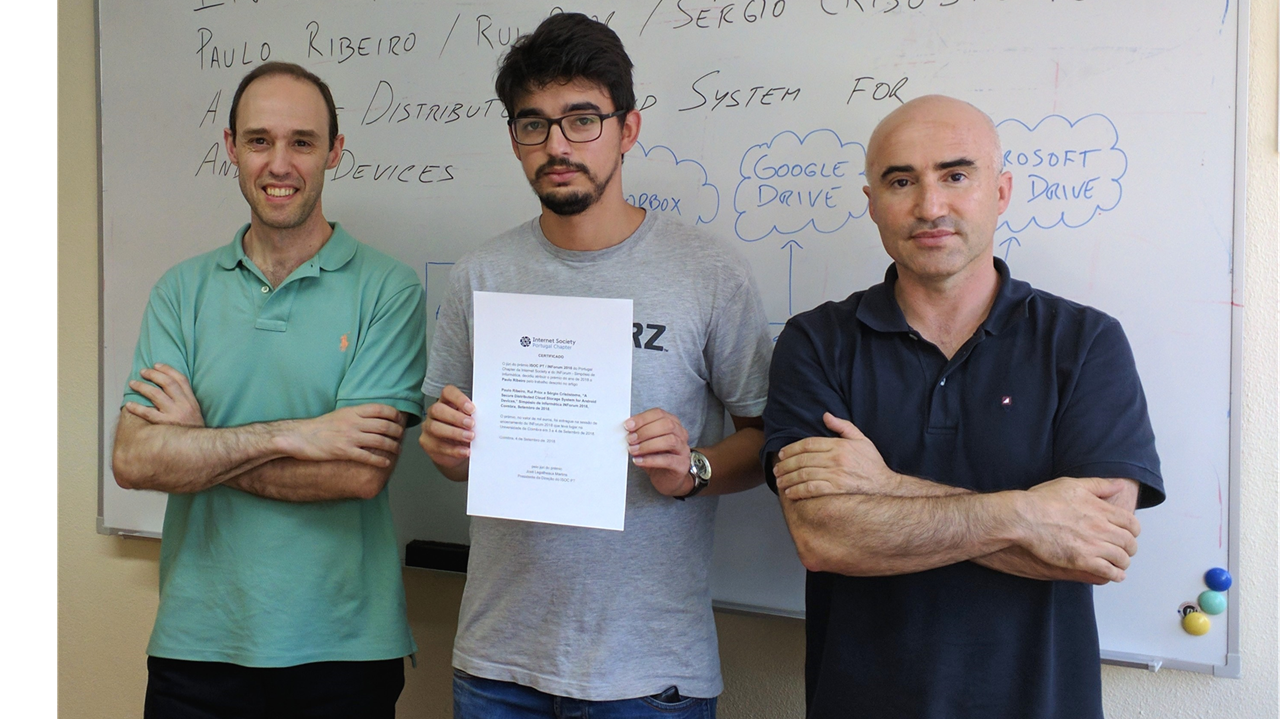 Paulo Ribeiro, Master in Computer and Network Engineering by the Faculdade de Ciências of the University of Porto (FCUP) and a researcher from IT in Porto, was the winner of the ISOC PT / INForum 2018 award, amounting to 1000€, for his work “A Secure Distributed Cloud Storage System for Android Devices", presented at the Simpósio de Informática INForum 2018, which took place in Coimbra, 3-4 September.

The work, developed under the supervision of Rui Prior and Sérgio Crisóstomo (both also from IT/FCUP),
consisted in developing of a file system based on multi-provider cloud storage services, which guarantees privacy, the integrity of the information stored and is tolerant to partial access failures or tampering the information.


On the Photo (from left to right): Rui Prior, Paulo Ribeiro and Sérgio Crisóstomo