IT researchers win the IET Award for the best paper in Microwaves, Antennas & Propagation 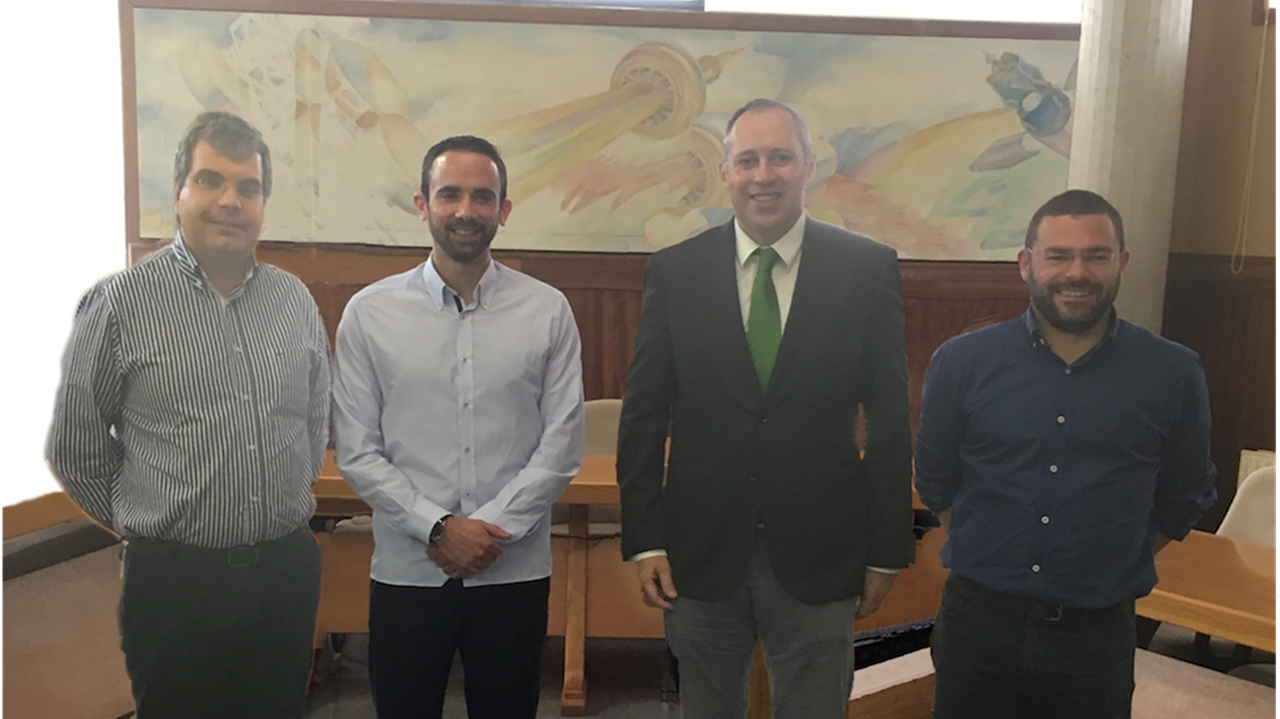 Rafael Caldeirinha and Telmo Fernandes, both from IT in Leiria, Iñigo Cuiñas from the University of Vigo and David Ferreira (a former Ph.D student, now working at Blu Wireless, Lda, Bristol, England), have won the 2018 Premium Award for the Best Paper in IET Microwaves, Antennas & Propagation. The IET Premium Award, issued by the Institute of Engineering and Technology in the UK, is a highly prestigious international award that recognises the best research paper in Microwave, Antennas & Propagation during the last two years. The winning paper, entitled “Dual-band single-layer quarter ring frequency selective surface for Wi-Fi applications” was published in IET Microwaves, Antennas & Propagation, Volume 10, Issue 4, 19 March 2016.

With the widespread anticipation of the Internet of Things in the near future and the evolving of 5G communication systems, particularly in residential areas, the number of Wi-Fi connected devices may increase exponentially. As a consequence, it is likely that some ISM frequency bands will soon become highly saturated. In certain situations, it may be useful to limit the coverage of existing and emerging wireless networks to pre-defined areas, such as an individual flat or a room and, thus, inherently minimising co-channel interference from/to neighbour Wi-Fi networks.

To this extent, the authors have proposed a new frequency selective surface (FSS) design to be used in Wi-Fi shielding applications as either a band reject or band-pass dual-band single-layer filter. The proposed design consists of a combination of basic elements, that is, ring loops/slots, and is tuned at both 2.4 and 5.2 GHz Wi-Fi frequency bands. It has a relatively stable frequency response in the aforementioned Wi-Fi bands for incidence angles ranging from 0° to 45°.

Simulation and model validation through measurements demonstrate the performance of the proposed FSS design. Active variants are also proposed and briefly evaluated, which should allow for applications where an on–off switching is desired at 2.4 and 5.2 GHz Wi-Fi bands. In a more generic case, this FSS design might also be useful for other applications where the target frequency bands have a relative offset similar to the Wi-Fi bands.


On the photo, from left to right: Rafael Caldeirinha, David Ferreira, Iñigo Cuiñas and Telmo Fernandes