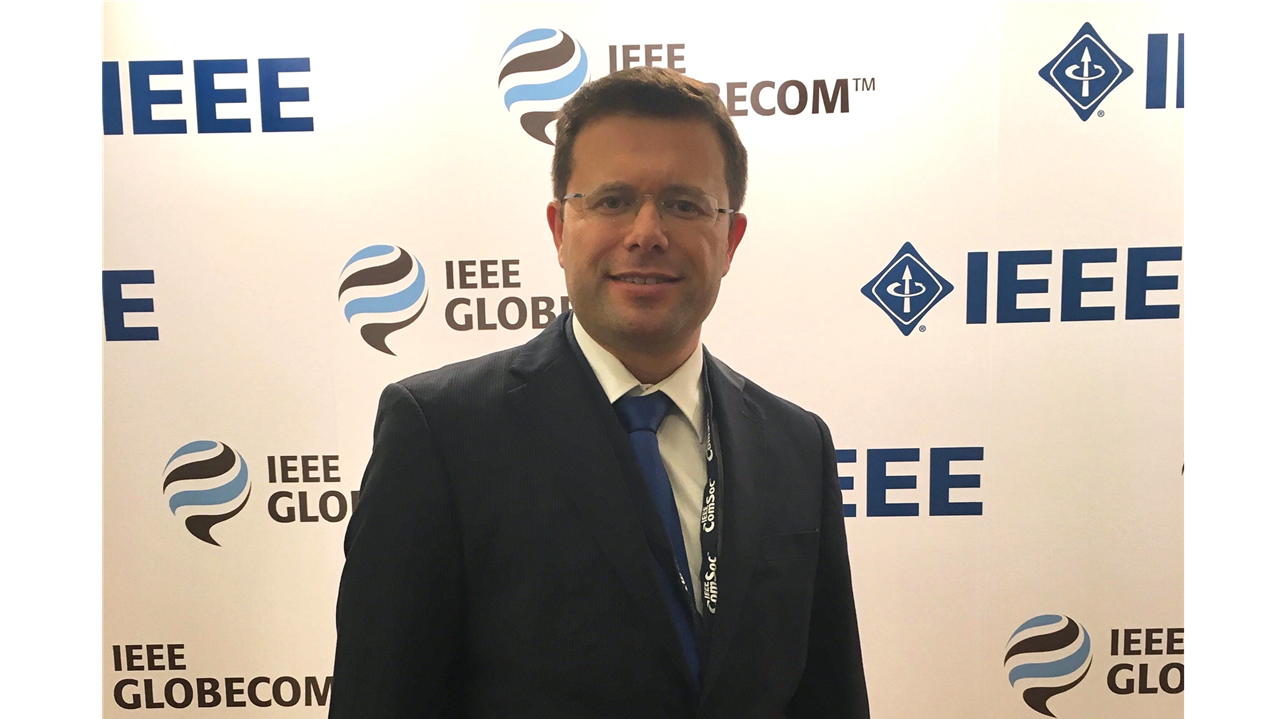 Joel Rodrigues, a collaborator of IT, was attributed the title of Distinguished Lecturer by the IEEE – Institute of Electrical and Electronics Engineers.

The IEEE, the world´s largest technical professional organization for the advancement of electrical and electronic engineering technology, is composed of several societies. Joel Rodrigues was appointed a Distinguished Lecturer by the IEEE Communications Society (ComSoc).

With over 7,000 scientific citations to his work, he has authored or coauthored over 550 papers in refereed international journals and conferences, 3 books, and 2 patents. Joel Rodrigues is regarded as a reference in topics such as the Internet of Things (IoT) and Sensor Networks, e-Health and Mobile Health Technologies and also Vehicular Networks.

Besides being an international recognition for his achievements, Joel Rodrigues is now part of a group of engineering professionals who, during the next two years, will travel to various IEEE technical and regional groups, with the mission of help leading their fields in new technical advancements that shape the global community.

Together with Joel Rodrigues, other 15 researchers from around the world were announced as Distinguished Lecturers during the IEEE GLOBECOM 2017 (http://globecom2017.ieee-globecom.org/), held at the Marina Bay Sands Expo and Convention Centre, Singapore, December 4-8.