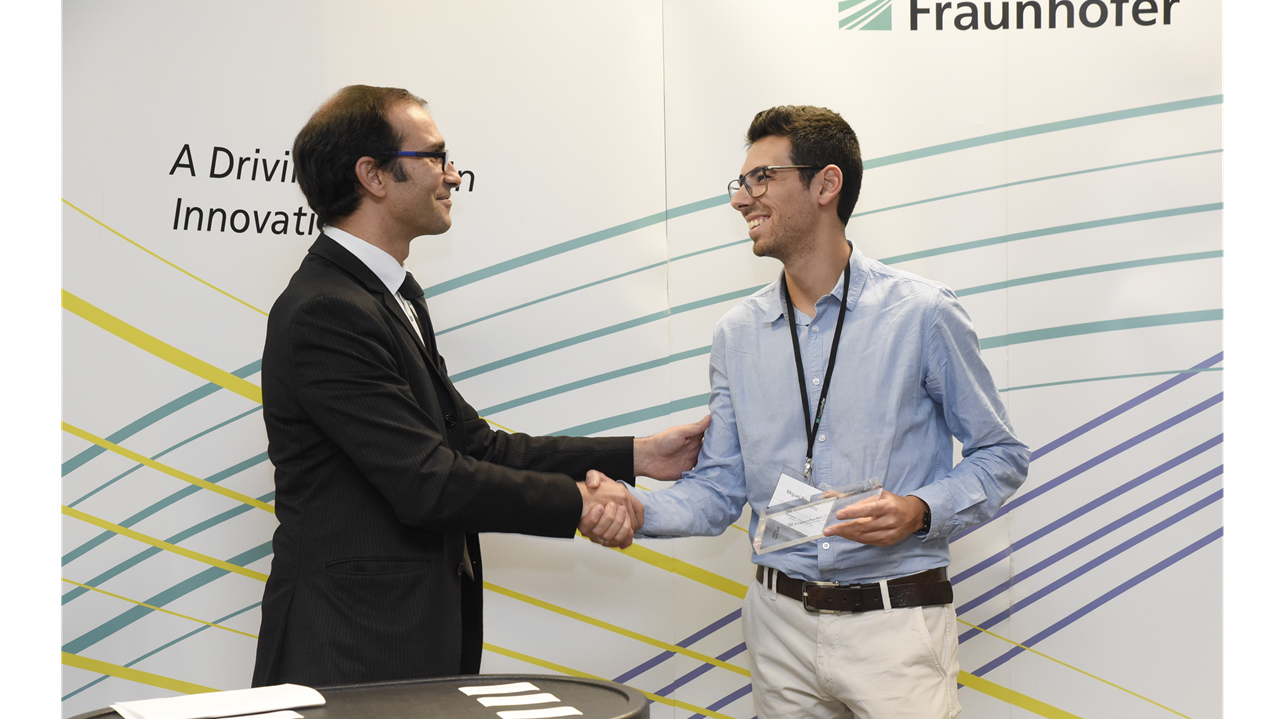 Miguel Duarte, from IT in ISCTE-IUL, has won the first prize in the Fraunhoffer Portugal Challenge 2016, in the Best Ideas in the PhD category, with his work “Bringing Artificial Intelligence for Swarm Robotics Systems to the Real World”. Miguel stated “I am proud that the work of our group was distinguished among the best in Portugal”.

Under the supervision of Anders Christensen and Sancho Oliveira, both also from IT in ISCTE-IUL, Miguel Duarte has engineered a robotic control approach where 10 aquatic surface low-cost robots function has a swarm, cooperating with each other to accomplish several maritime tasks. For Miguel, this solution is not just cost-effective, but also a new way to approach maritime tasks. “We were able to make the robots function autonomously and to execute the scheduled mission in the territory".

On this 7th edition of the Fraunhoffer Portugal Challenge, between two categories (PhD and Master), there were a total of 70 works being judged by a panel of both national and international experts. ”The goal of this contest is to reward the ideas that are being developed at the level of applied research in Portugal, "said Pedro Almeida, a board member of the contest. An intent that is praised by Miguel Duarte, saying that ”Often the innovation needed to succeed in bringing an idea from paper into the real world turns out to be less valued in the academic world”.