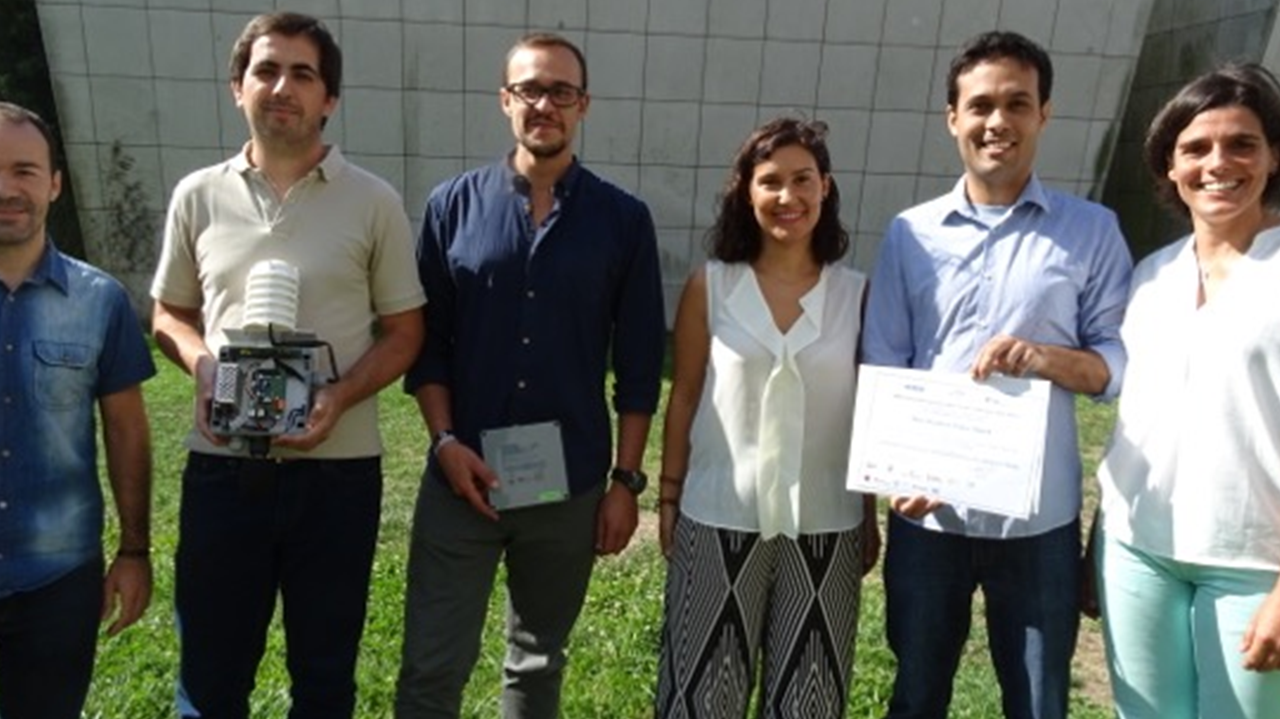 The IT researchers Yunior Luis, Pedro Santos and Ana Aguiar, together with Tiago Lourenço (Faculty of Engineering of the University of Porto - FEUP) and Carlos Pérez-Penichet (Uppsala University), have won the Best Student Paper Award at the 2016 IEEE International Smart Cities Conference (ISC2), held in Trento, Italy, from 12-15 September, with their work “UrbanSense: an Urban-scale Sensing Platform for the Internet of Things”.

This paper addresses the urban environmental sensing platform UrbanSense, developed by IT in Porto and FEUP. It consists of 20 sensing units installed in several points in the city of Porto to collect key environmental data. As Ana Aguiar explained to us “the units collect meteorological, pollution and noise data and transmit it to our server through the mobile WiFi network of passing city buses, being also shared as data flow through a FI-WARE node”. The data is being processed in collaboration with researchers from the fields of Urban Planning and Environment. For Ana Aguiar, “This award was a very big and unexpected reward for the huge team effort, particularly after the end of the funded projects to make the platform manageable in a reliable and centralized way.”

UrbanSense was funded by FP7 Future Cities project, the projects N2020 I-CITY-MOBILITY and I-CITY-HEALTHCARE, as well as IT internal projects. Several doctoral students were involved, as well as the City of Porto and the Associação Porto Digital.