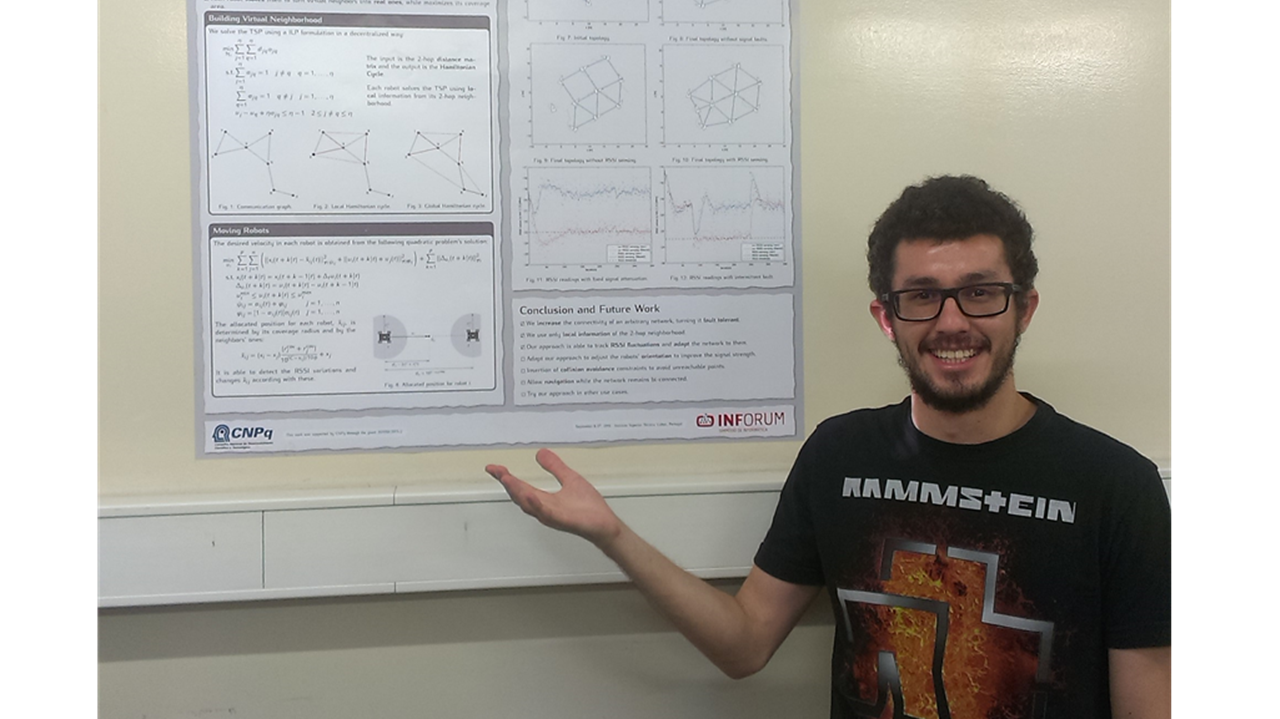 Their work “Distributed Connectivity Management in Networks of Multiple Robots in Area Coverage Tasks” addresses the problem of coordinating teams of robots so that they can move to increase the area covered while the robots maintains an active link between each other. This bi-connectivity increases the network robustness, making it fault tolerant when one robot or a link fails. This work is part of Sidney´s PhD thesis on the impact of multi-connectivity and its implementation feasibility in tasks involving coverage of geographical areas.

In the words of Luis “This work presents a novel approach to set up bi-connected topologies based on solving the Travelling Salesman Problem (TSP) locally, in 2 hops neighbourhoods”. The TSP is a well-known problem in combinatorial optimization whose solution provides a path among all nodes in the neighbourhood that implies bi-connectivity and minimizes a given metric. “Comparing with other approaches, the proposed one has higher flexibility in incorporating operational constraints when choosing which links to consider. In particular, this work uses the RF received signal intensity (RSSI) to compensate fading links caused by distance, antennas or obstacles in the field of operation, while maximizing the sensing area coverage.

For Luis Almeida, “This award confirms the validity and interest of the line of research that Sidney has been following in its PhD”, considering it also to be an additional motivation to continue the several years partnership in this area, between the NSG IT in Porto and the Federal University of Santa Catarina.