CardioID puts your heart in your hands 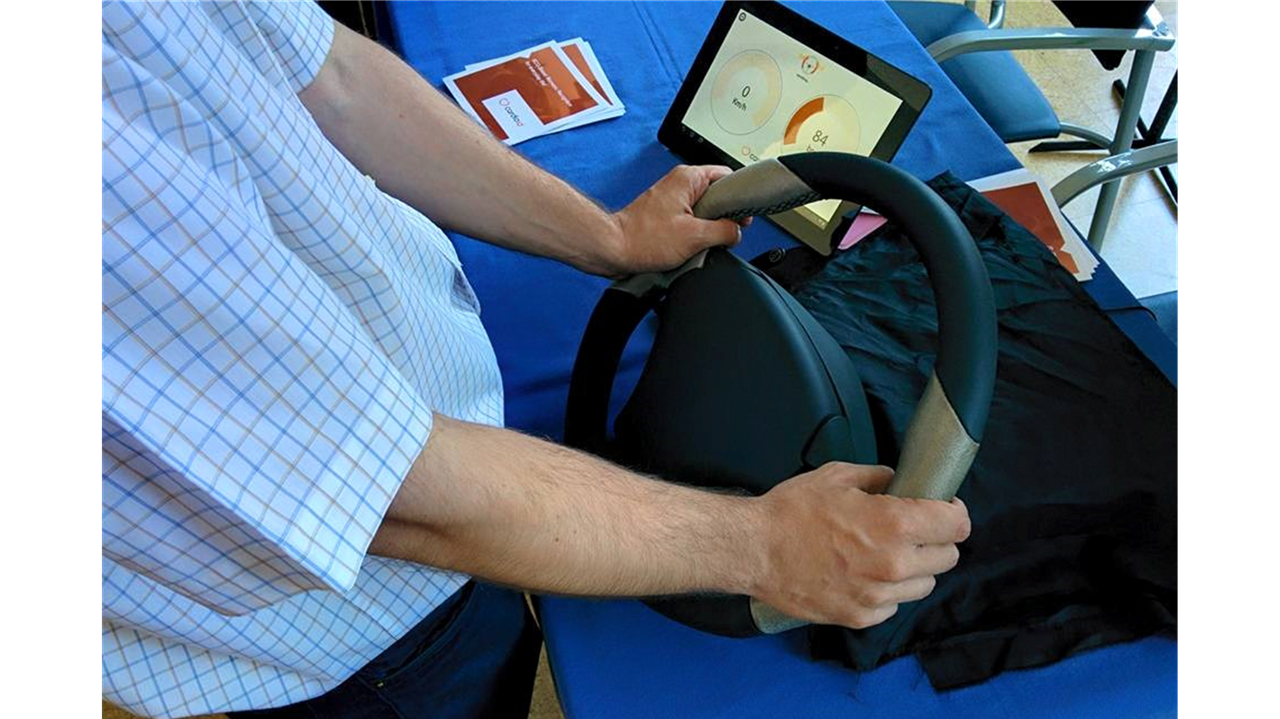 CardioID, a spin-off from IT, uses a technology that processes ECG signals acquired from the hands in a non-intrusive way. This is done through the use of dry electrodes, conductive textiles or other materials that can be incorporated in daily objects.

According to André Lourenço, IT researcher and one of the co-founders of CardioID, it all started during his PhD project, under the supervision of Ana Fred (IT), who was also coordinating the IT project VITALIDI. In 2013, the project won first place in Acredita Portugal, a visibility that André, Ana Fred, Priscila Alves, Carlos Carreiras and José Guerreiro took advantage of, and founded the company in 2014.

Initially focused solely on ECG-based biometrics, the company has broaden up its vison and now develops innovative products that can also control factors like fatigue and cardiac abnormalities in an identified user. Their product Cardiowheel, made of conductive leather, is being tested on the vehicles of one of the biggest national transportation companies. Other applications are also being developed, such as using the technology in bicycle handles, a project already approved for funding through the incentives systems of the program Portugal 2020.