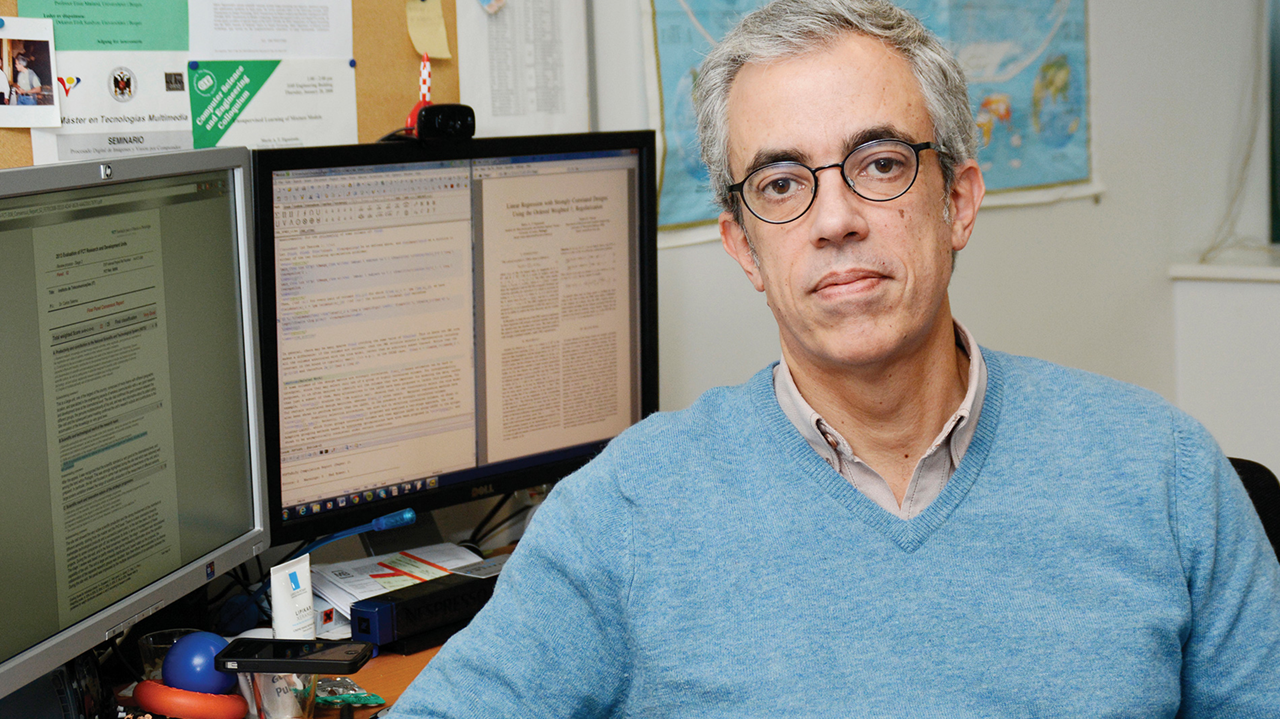 For the third year in a row, Mário Figueiredo, researcher from IT, appears in the 2016 Thomson Reuters list of Web of Science Highly Cited Researchers.

With his name included for the first time in the highly cited researchers list in 2014, and again last year (accompanied by José Bioucas-Dias, also from IT), Mário Figueiredo is once again the sole researcher from the University of Lisbon appearing on this very restricted list.

When asked about how it feels to be among those that Thomson Reuters considers the “World´s most Influential Scientific Minds”, the IT researcher stated that “Being named by Thomson Reuters as a Highly Cited Researcher makes me feel very proud and honoured. Belonging to that restricted group means that my work has been recognised and highly cited by my peers, and the fact that this is happening for the third consecutive year makes me especially proud”. However, Mário Figueiredo shares the merit underlining that “The publications whose citations led to this distinction have not resulted from individual work, but rather from fruitful collaborations with students and colleagues, among whom I would like to mention José Bioucas-Dias (IT and IST-UL) as well as Robert Nowak and Stephen Wright (both from the University of Wisconsin, USA). Finally, Mário Figueiredo stressed that “this is the result of well more than one decade of work; since the inclusion criterion uses citation data of papers from the past 10 years, the time constants involved in this process are of the order of decades”, concluding that “High impact research is a long-term endeavour”.

The Highly Cited Researchers list recognizes about 3.000 scientists who published the greatest number of articles ranking among the top 1% by citations received in their respective fields in each paper’s year of publication. Analysts assessed more than 128.887 highly cited papers indexed between 2004 and 2014 throughout each area of study.