Seeing through your ears 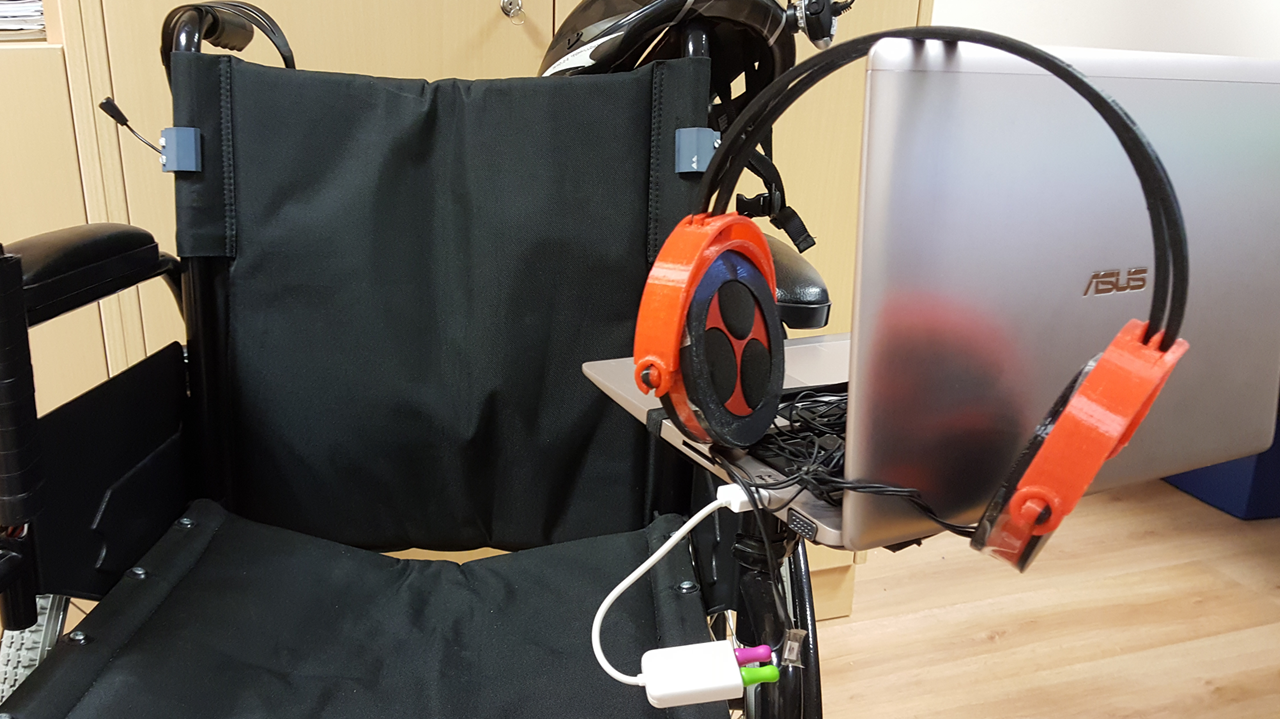 João Pereira, from IT in Leiria and Nuno Almeida, from ESTG/IP Leiria, are developing a device that will allow blind people seeing through three-dimensional sounds. The device allows estimating the shape of real objects or the depth of scenarios, intended for the visually impaired or people lacking three-dimensional perception in unlit spaces.

While resembling headphones, the device actually includes a pair of 3D ultrasound scanners, a pair of visible light and infrared 3D scanners, and three pairs of speakers. The system calculates the distance from every point in the scenario to the user and generates a sound with proportional audible frequency. The farther is the point, the lower is its audible frequency and vice-versa. The layout of the speakers near the ears and the appropriate signal processing allows to provide the user with a spacial representation of the scenario through audible sounds of different frequencies.

Preliminary tests of the device allow to clearly identifying simple objects. Of course some training is required for complex shapes and scenarios. A provisional patent application was already submitted for the prototype of the device "Conversion of 3D objects and three-dimensional scenarios in 3D sound sources".

João Pereira said that he intends to incorporate this device in the autonomous wheel chair he also developed, so as to allow blind people driving it.