IT researchers develop a simulator to improve cardiopulmonary auscultation skills 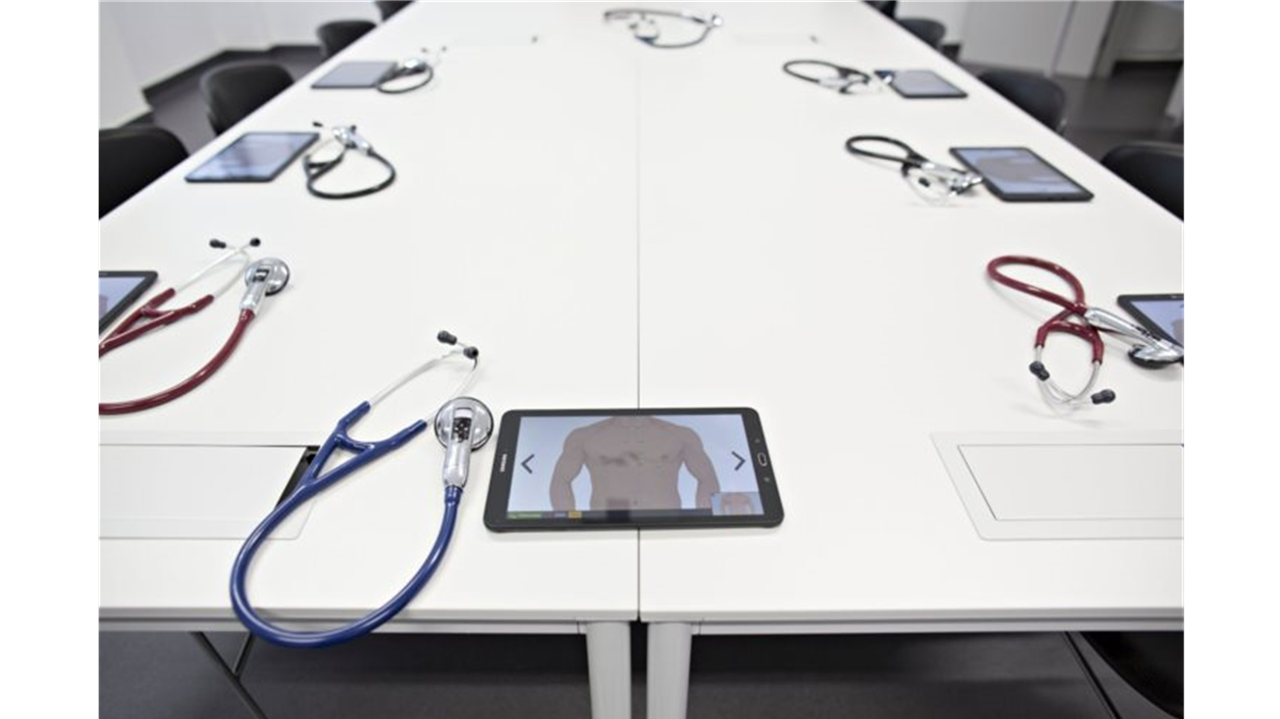 IS4Health, a start-up co-founded by the PhD student Daniel Pereira from IT and CINTESIS, Miguel Coimbra and the PhD student Pedro Gomes from IT, and Ricardo Correia from CINTESIS, has an innovative simulator called IS4Learning, which allows teaching and training cardiopulmonary auscultation skills by using an electronic stethoscope and a tablet.

The IS4Learning system uses real sounds collected in medical appointments, hospitalizations and emergency services. This simulator has an image of a human torso marked with multiple red points, where, by placing the stethoscope, the student can hear the auscultation recorded in that same spot in a real patient.

Compared to other audio data from hearts and lungs available in CD and Youtube, this method has better sound definition and also the advantage of being more interactive. IS4Learning also allows accessing the clinical history, unavailable in other learning tools.

The IS4Health team that has collected up to now more than 3000 cardiopulmonary records is currently working on the improvement of the simulator so as to allow auscultating a patient in different positions such as sitting, standing and lying.