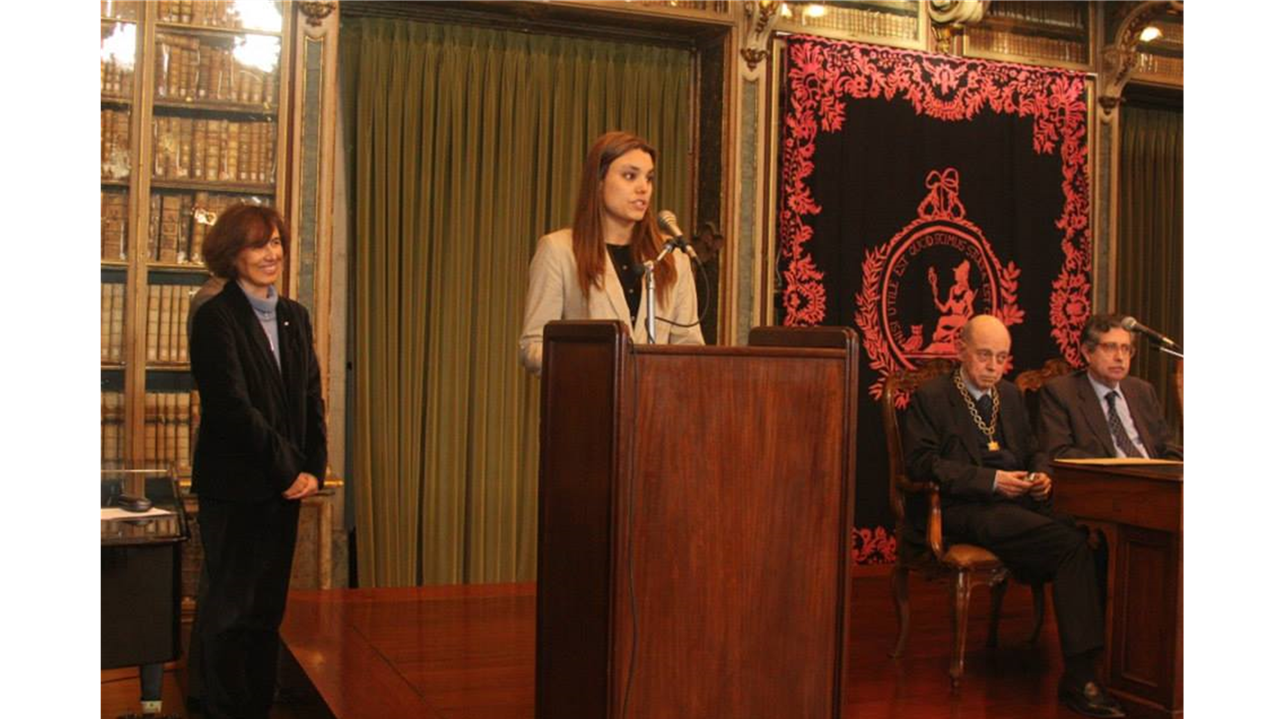 Filipa Prudêncio, researcher from Instituto de Telecomunicações (IT), was the winner of the first edition of the "Professor Abreu Faro Award" with her PhD thesis "Revisiting bi-isotropic media: new analytical and geometrical approaches", supervised by Professor Carlos Paiva from IST and Sérgio Matos from ISCTE-IUL, both researchers from IT. The award ceremony took place in the Academia das Ciências de Lisboa on February 19, 2015, during an Academic Session of Historic Praising of Prof Abreu Faro, given by Prof Carlos Salema.

The "Prof Abreu Faro Award" was established by IST under the patronage of its Departments of Electrical and Computer Engineering, of Informatics Engineering, of Physics and of Mathematics. It is intended to distinguish the best PhD students in the areas of Telecommunications, Electronics and Computers, which have received from Prof. Abreu Faro a strong impulse for its development in Portugal. The Award is a tribute and a way to maintain the memory of Prof Faro as a man of science. The first edition of the prize was sponsored by ANACOM.