Towards 5G: On Network Softwarisation 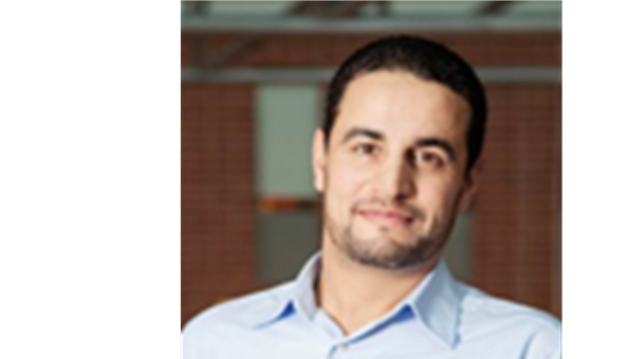 The telecom industry keeps reinventing itself. Soon, the world will be experiencing the 5th generation mobile networks (5G), also referred to as beyond 2020 mobile communication systems. Major obstacles to overcome in 5G systems are principally the highly centralized architecture of mobile networks along with the static provisioning and configuration of network nodes built on dedicated hardware components. This has resulted in lack of elasticity and flexibility in deployment of mobile networks; rendering their run-time management costly, cumbersome and time-consuming. Software Defined Networking, Network Function Virtualization, and Cloud Computing, along with the principles of the latter in terms of service elasticity, on-demand features, and pay-per-use, could be important enablers for various mobile network enhancements, to specifically virtualize and decentralize mobile networks using general-purpose COTS (commercial of the shelf) hardware. For this purpose, different requirements have to be met and numerous associated challenges have to be subsequently tackled. This talk will touch upon the recent trends the mobile telecommunications market is experiencing and discuss the challenges these trends are representing to mobile network operators. To cope with these trends, the talk will then showcase the feasibility of on-demand creation of cloud-based elastic mobile networks, along with their lifecycle management. The talk will introduce a set of technologies and key architectural elements to realize such vision, turning end-to-end mobile networking into software engineering.

BIOGRAPHY
Prof. Tarik Taleb is an IEEE Communications Society (ComSoc) Distinguished Lecturer and a senior member of IEEE. He is currently a Professor at the School of Electrical Engineering, Aalto University, Finland. He is the EU project coordinator of the EU/JP 5G!Pagoda project, aiming to create an optimal network slice for every service vertical. Prior to his current academic position, he was working as Senior Researcher and 3GPP Standards Expert at NEC Europe Ltd, Heidelberg, Germany. He was then leading the NEC Europe Labs Team working on R&D projects on carrier cloud platforms, an important vision of 5G systems. Before joining NEC and till Mar. 2009, he worked as assistant professor at the Graduate School of Information Sciences, Tohoku University, Japan, in a lab fully funded by KDDI. From Oct. 2005 till Mar. 2006, he worked as research fellow at the Intelligent Cosmos Research Institute, Sendai, Japan. He received his B. E degree in Information Engineering with distinction, M.Sc. and Ph.D. degrees in Information Sciences from GSIS, Tohoku Univ., in 2001, 2003, and 2005, respectively.

Prof. Taleb’s research interests lie in the field of architectural enhancements to mobile core networks (particularly 3GPP’s), mobile cloud networking, network function virtualization, software defined networking, mobile multimedia streaming, social media networking, and UAV-based communications. Prof. Taleb has been also directly engaged in the development and standardization of the Evolved Packet System as a member of 3GPP’s System Architecture working group. Prof. Taleb is a member of the IEEE Communications Society Standardization Program Development Board. As an attempt to bridge the gap between academia and industry, Prof. Taleb founded the “IEEE Workshop on Telecommunications Standards: from Research to Standards”, a successful event that got awarded “best workshop award” by IEEE Communication Society (ComSoC). Based on the success of this workshop, Prof. Taleb has also founded and has been the steering committee chair of the IEEE Conf. on Standards for Communications and Networking.
More Information..

Seminar on Swarms of Aquatic Drones 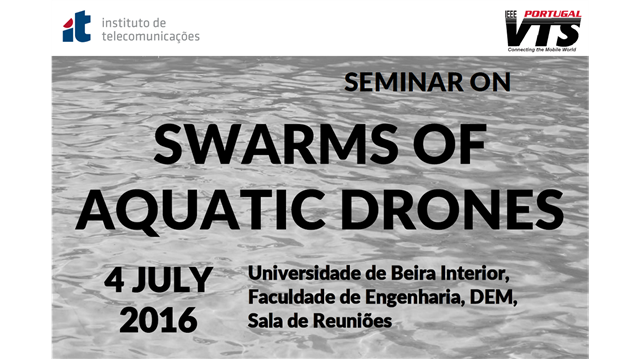 Radio Systems – Lisbon Group is organizing, in IT-Covilhã, a Seminar on Swarms of Aquatic Drones, on Monday (4th of July 2016).

There will be three speakers:

10:15 Susana Sargento, IT and Universidade de Aveiro, Communications between Aquatic Surface Vessels
Susana Sargento from University of Aveiro - founder of VENIAM company, which turns buses, cabs and other vehicles into WiFi hotspots (see a vehicular network in Porto) and builds city-scale vehicular networks that collect terabytes of urban data; she is the winner of prestigious 2016 EU Prize for Women Innovators.