CFIF seminar: Evolution of squeezed states under the Fock-Darwin Hamiltonian

Evolution of squeezed states under the Fock-Darwin Hamiltonian

Abstract: We develop a complete analytical description of the time evolution of squeezed states of a charged particle subjected to an harmonic force, a constant magnetic field and an arbitrary time-dependent electric field. We relate the evolution of a state-vector subjected to squeezing to that of state which is not subjected to squeezing and for which the time-evolution under the simple harmonic oscillator dynamics is known (e.g. an eigenstate of the Hamiltonian). A corresponding relation is also established for the Wigner functions of the states, in view of their utility in the analysis of cold-ion experiments
More Information.. 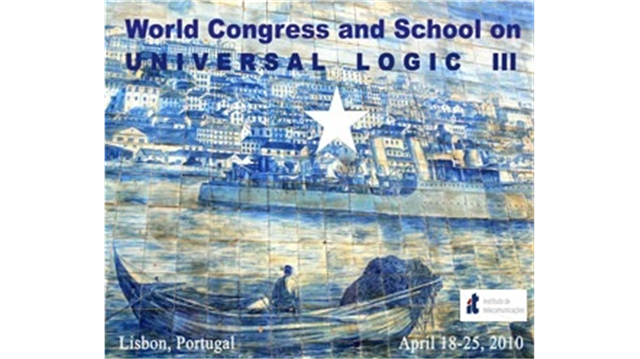 In the same way that universal algebra is a general theory of
algebraic structures, universal logic is a general theory of logical
structures. During the 20th century, numerous logics have been
created: intuitionistic logic, deontic logic, many-valued logic,
relevant logic, linear logic, non monotonic logic, etc. Universal
logic is not a new logic, it is a way of unifying this multiplicity of
logics by developing general tools and concepts that can be applied to
all logics.


This is the third edition of a world event dedicated to universal
logic. This event is a combination of a school and a congress. The
school offers 21 tutorials on a wide range of subjects. The congress
will follow with invited and contributed talks organized in many
sessions, including 10 special thematic sessions, and a contest.


The event will take place in Monte Estoril at Hotel Estoril Eden.


The event is open to anyone interested, subject to a registration fee. More Information..