We investigate the prospects for using a spin chain of length N as a probe for refrigeration and thermometry on a collection of identical qubits, all prepared in a thermal state (T) with temperature T. This requires a minimal degree of control -– one need only perform a swap operation between a single spin of the probe and the thermal qubits. Each swap operation either cools the thermal qubit, or leaves it the same, and the state of the probe incrementally gets closer to (T) N. It is this latter property, which we call pseudo-thermalisation, that allows the probe to be used for thermometry. By measuring each spin with the observable for the thermal qubits' Hamiltonian, the statistics can be used to infer T up to some arbitrary accuracy. We then propose an algorithm which, provided prior knowledge of T and the dynamics of the probe, will allow for optimising the cooling process. We show that the presence of local dephasing on the spins, or an imperfection of the swap operation, reduces the entropy reduction possible and slows the rate of pseudo-thermalisation. However, the thermal qubits always remain thermal, with a temperature no greater than T.

Breathers and metastable states in the Discrete Nonlinear Schroedinger Equation 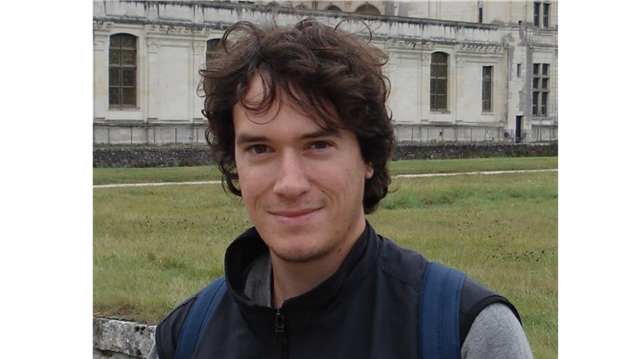 Location: Room P3.10, Mathematics Building, Instituto Superior Técnico, Lisbon.
Sometimes it is more convenient to store excess energy in a small region of space rather than spreading it over all the available volume. This may happen when the evolution of a system is characterized by additional dynamic constraints that promote energy localization for entropic reasons. In this seminar I will discuss the role of peculiar nonlinear excitations (discrete breathers) for the localization process in networks of coupled oscillators. Particular attention will be devoted to the dynamics of a Discrete Nonlinear Schroedinger Equation which exhibits a metastable phase with a finite density of breathers and partial energy localization. Such state persists over very long (astronomical) times as a consequence of the extremely low interaction of these excitations with the surrounding background.