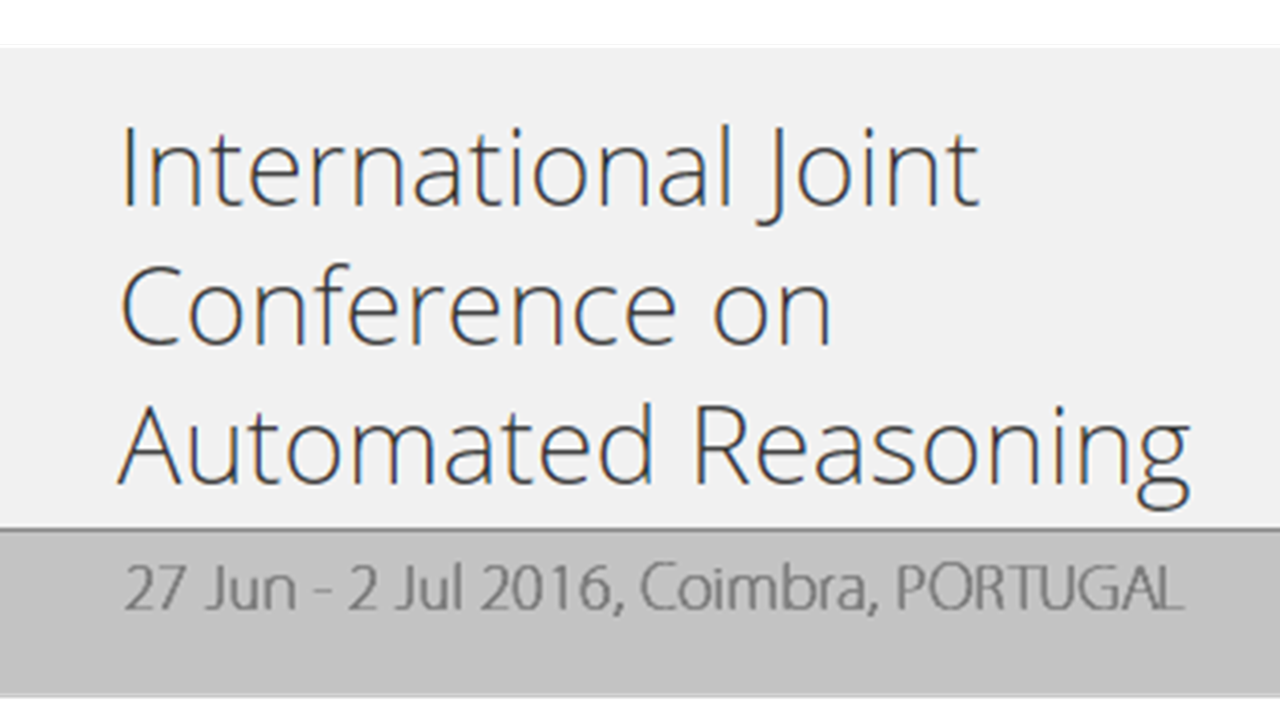 IJCAR is the premier international joint conference on all aspects of automated reasoning, including foundations, implementations, and applications, comprising several leading conferences and workshops.

IJCAR 2016 will be hosted by the Mathematics Department of the University of Coimbra, Portugal: